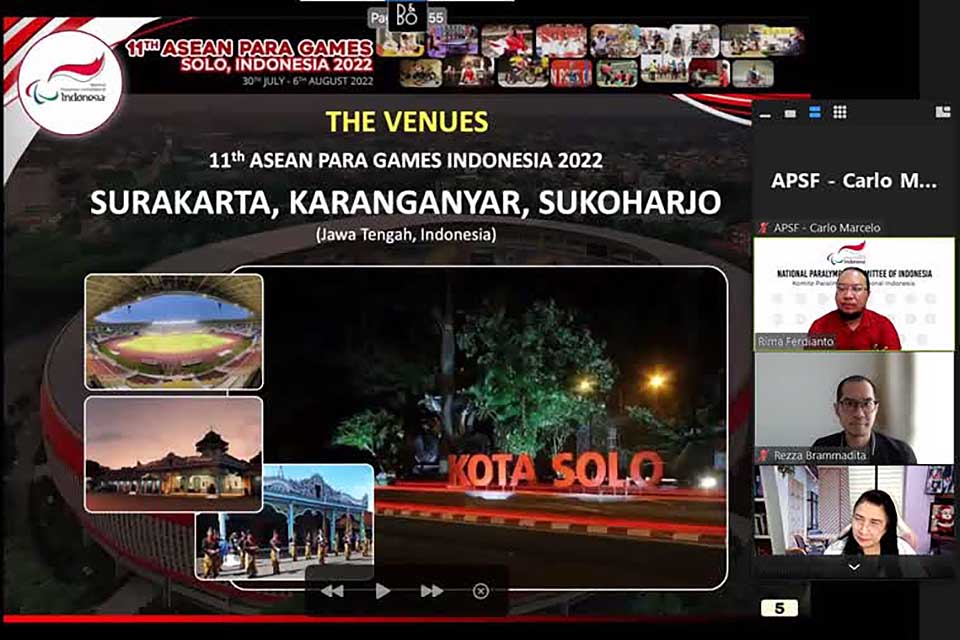 Preparation for the 11th ASEAN Paralympic Games 2022 in Solo remained on track as host Indonesia stepped up efforts to ensure a seamless sporting spectacle for para-athletes and contingents in the region which was scheduled to begin on July 30 at Solo.

The 11th edition of the biennial Regional Games has been awarded to Indonesia replacing the original host city, Hanoi, which withdrew from the organization due to the COVID-19 pandemic.

The Solo Games are scheduled from July 30 to August 6 with over 1,500 athletes expected to compete in 14 sports. Solo previously hosted the 6th ASEAN Paralympic Games in 2011.

Having missed the Games twice (Manila 2020 and Hanoi 2021), athletes and contingents are eager to compete in Solo as part of their preparation for the 4th Asian Para Games in Hangzhou in September.

With nearly 100 days left before the start of the Games, organizers are racing against time to ensure the Games run smoothly. Yesterday, the National Paralympic Committee (NPC) of Indonesia and the Secretariat of the ASEAN Paralympic Sports Federation (APSF) convened a virtual meeting to monitor Solo’s readiness and expedite preparation work which includes athlete, athlete and technical participation, anti-doping, classification, legal issues and other functional areas.

The APSF Secretariat, led by the Secretary General, Senior Colonel Dr. Wandee Tosuwan, said that despite various challenges, the APSF and host city Solo are committed to ensuring a successful organization of the Games.

“We are pooling our resources, working collectively to ensure that all related areas are well covered, including health protocols to ensure the safety of athletes, contingents, guests as well as spectators are well protected.

“We are starting a series of working-level meetings with NPC Indonesia to make sure everyone is on the same page when it comes to organizing efforts,” Senior Colonel Wandee said.

“We are working closely with APSF to help us resolve issues, including renovating some of the facilities, and ensuring that all functional areas are in place,” said NPC Indonesia General Secretary, Rima Ferdianto, adding that visits by the APSF delegation to inspect Solo sites and other facilities are also planned.

Gloria Steinem – Why she will always be a feminist icon