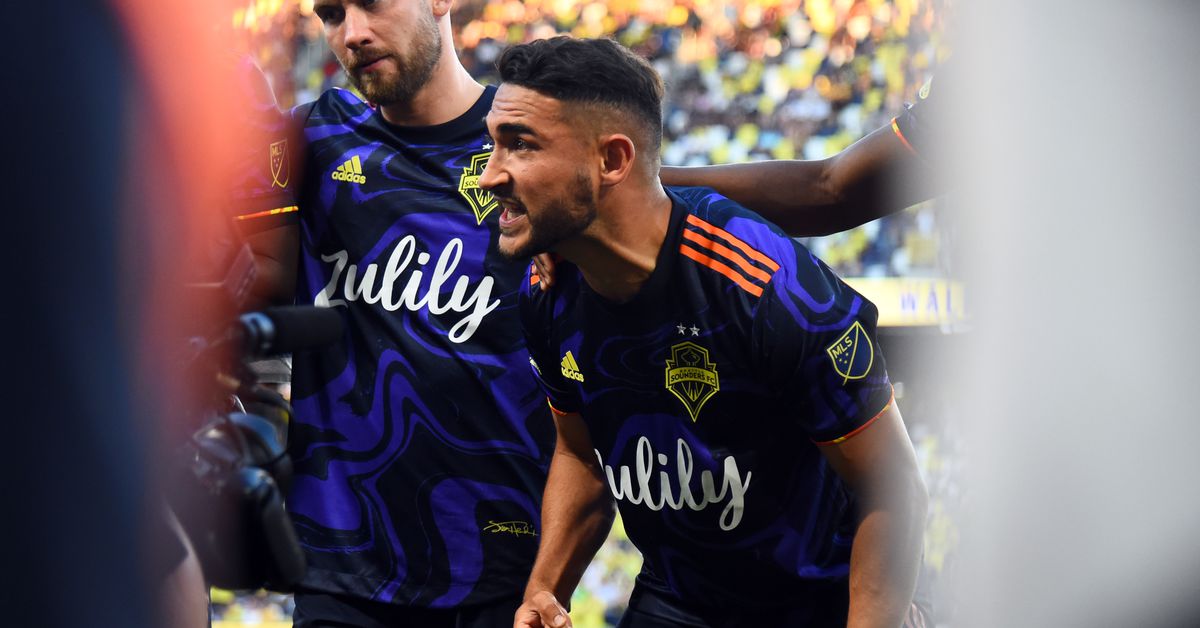 After three losses in four games, the Sounders know something has to change

Just nine days ago, I wrote a relatively glowing review of the Seattle Sounders’ first half season. The Sounders had already won Concacaf Champions League, were solidly in the hunt for the MLS playoffs and had realistic hopes of making it into the top 2 in the Western Conference. It’s not that there weren’t worries, but they felt pretty surmountable.

Two straight losses later – and three in their last four – I don’t think the fundamentals have really changed, but the mood seems to be much more dire.

Now might be a good time to take a step back and both reevaluate my earlier optimism and address some of the issues we’ve seen in the last two games.

Let’s start with the position of the sounders in the table. Thanks to most other Western Conference teams struggling to do much, it’s not much different than it was two games ago, despite the Sounders falling to the eighth place. While a top-2 race in the West seems a little less likely – the Sounders should close a 13-point gap – getting into the top 3 is more doable than ever. The Sounders are just four points from third and two from fifth with one game less. If the table’s prospects aren’t as good as they could be, they’re also far from disastrous.

Perhaps more concerning are the actual game and some of the weaknesses that seem to have been exposed during this streak, much of which can probably be attributed to staff turnover. Beyond João Paulo’s absence, the Sounders have missed suspected starters Obed Vargas (five games), Raúl Ruidíaz (five games), Xavier Arreaga (four games) and Stefan Frei (two games) for varying periods of time these last weeks. Substitutes for these players have all performed well at times, but it has been difficult to gain consistency when the Sounders have used three different pairs in their double pivot and three different centre-back combinations in the past four games.

However, it’s not about letting the Sounders off the hook completely. Simply put, the Sounders have been close enough to full strength over this span that they shouldn’t struggle to score as much as they have, and that doesn’t explain the lapses either. defenses that led directly to the goals.

On Wednesday, the Sounders were playing solidly defensively – albeit a bit stuck in their own end – until Nicolas Lodeiro misjudged how long he had and gave the ball to midfield. Certainly a regrettable mistake. But Nashville managed to turn this into an all-too-easy counterattack opportunity by simply placing a ball over the top. Despite having three central defenders on the field, two Nashville forwards were able to get behind the defense and score what amounted to a tap-in.

“We can’t lose the ball in that area of ​​the field and our active defense needs to be better,” Sounders head coach Brian Schmetzer said of the streak. “If a team comes out and beats us frankly, that’s one thing. But I hate to lose when giving goals that I think are avoidable. You must be able to keep a clean sheet. Tonight we couldn’t do it.

Of course, that’s just a goal. The Sounders scored at least two goals in almost half of their games this year and had enough first-team forwards on the pitch to be dangerous. In the first half they were anything but, with just two shots and none between the 3rd and 45th minute.

A change in formation and personnel when Danny Leyva and Will Bruin came on in the 57th minute at least allowed the Sounders to finally retain some possession and create some decent chances. Leyva was particularly effective, completing 26 of 27 passes and doing the defensive work that saw Nicolas Lodeiro step up a line in his more natural No.10 role. Leyva also came within inches of scoring his first goal in MLS, a shot he snatched from about 25 yards out and went just wide.

Bruin’s stats didn’t jump off the page as much – he was only credited with nine touches – but his willingness to simply be present in and around the penalty area seemed to give midfielders more space. Sounders ground. Bruin also went wide of the net, but his redirect from a Nouhou cross also widened considerably.

Their performances contrasted with the Sounders’ attacking starters. Fredy Montero (one), Jordan Morris (one) and Cristian Roldan (two) combined for just four touches inside the penalty area and one shot in total in the first 57 minutes. The Sounders as a team only attempted 67 passes in the attacking third of the field during that span, about half of Nashville. In the final 33 minutes, the Sounders attempted 105 passes in the offensive third, compared to just 31 for Nashville.

Part of that disparity is down to the state of the game — Nashville was just protecting its lead — but a lot of it was also down to the Sounders simply being more active in their passing and chasing second balls.

“As a team we struggled in the first half,” Roldan said. “We have to look at each other, not just the starting XI, the guys on the bench and the coaching staff. As a unit we have to be better.

The Sounders’ problems aren’t a lack of talent or skill. They are a team that have already shown that they can play with some of the best teams on the continent. In the words of Brian Schmetzer, however, they are currently not living up to their potential. For this season to realize its potential, it has to start as soon as possible.