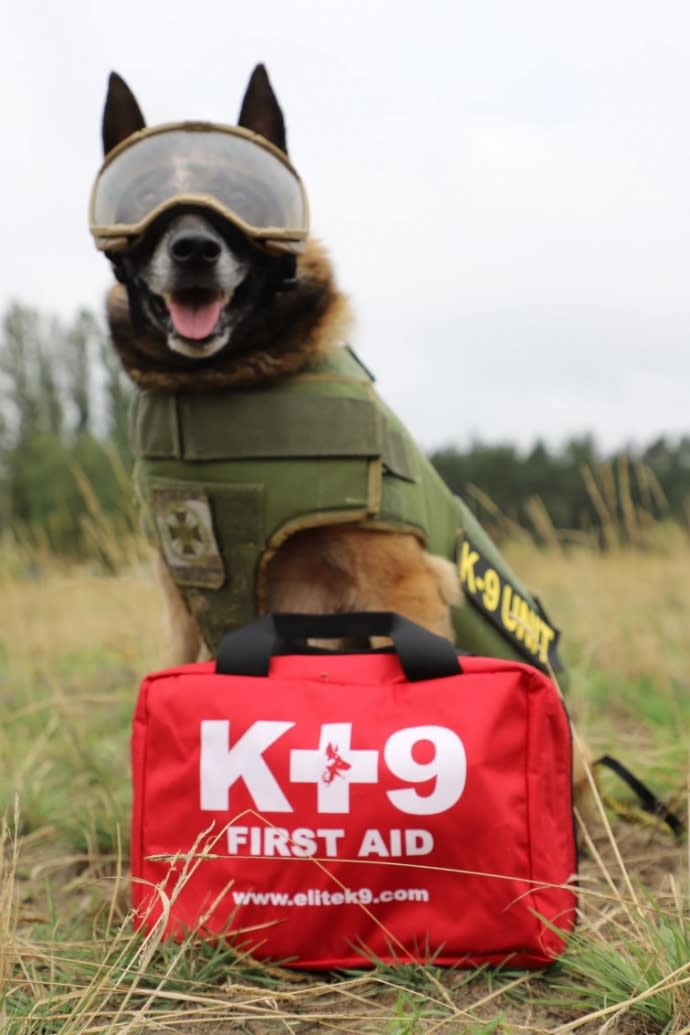 Body armor, goggles, earmuffs, dog boots and medication were given to the four-legged defenders.

Photos of the dogs sporting their gear were released by the Ukrainian Border Service.

“Ammunition kits: bulletproof vests, goggles and protective boots, noise-canceling helmets, medical kits with medicines were given to the defenders by the volunteer organization ‘Berezhitsia i @bashte’ [Be safe and attack]”, wrote the border guards.

“Now it will be safer for assistance dogs to perform combat tasks, as equipment like this will not interfere with their movements and protect our four-legged friends from injury.“, said the dog experts.

The dogs were given bulletproof vests, goggles, hearing protection, medicine and even boots.

Photos of the dogs were shown by border guard dog experts.

Now it will be safer for dogs to perform combat tasks.

These four-legged defenders are actively helping the Ukrainians get closer to victory.

Earlier, soldiers of the Armed Forces of Ukraine showed the rescue dog Jack from Mykolaiv. In the Donetsk region, the police rescued a shepherd dog named Dar.

Odessa Rescuers also have a small mascot called Mazhor. And National Guard experts talked about the training of their four-legged assistant Rais.

Journalists are fighting on their own front line. Become our patron, support our work!