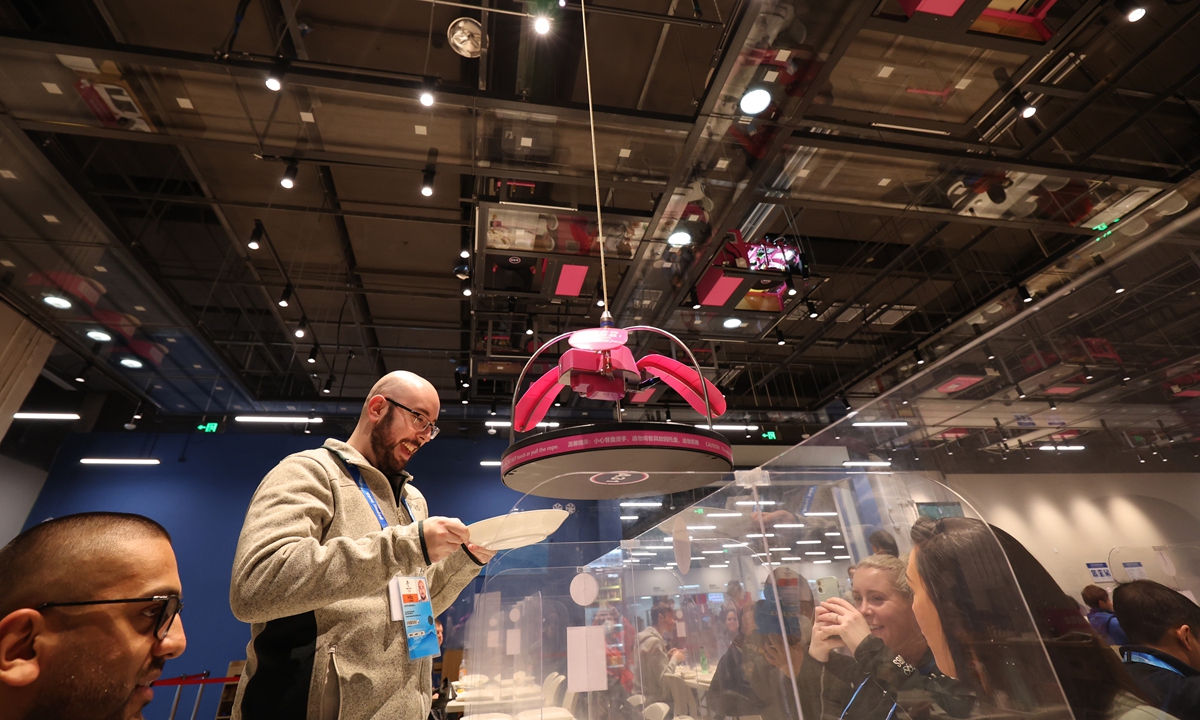 British media’s ‘Hunger Games’ are filled with jealousy of China

A canteen robot serves food at the Olympic Village on January 29, 2022 Photo: VCG

“Beijing 2022 Winter Olympics turn into Hunger Games as stars complain about ‘no hot meals,'” reads the chilling headline of a report by British outlet The Mirror on Monday.

It is quite ironic for a British media to complain about athletes starving in China, given that the only famous British dish is fish and chips, it makes people wonder if athletes will go hungry if the Olympics return to UK.

Besides the meaning of “famine”, the phrase “Hunger Games” in The Mirror article also implies that, as in the famous novel series The Hunger Games, some participants in the Beijing Winter Olympics seem to be forced to fight. for survival. The Mirror article claimed that athletes, coaches and officials from several countries had lodged complaints ranging from food to quarantine facilities.

Obviously, no Olympian deserves to suffer in bad conditions. If they feel dissatisfied with any aspect of the event, they can always contact Games officials, either directly or through the media, and it usually works.

There are always complaints from athletes in almost every Olympic Games. Faced with various complaints, the Beijing organizing committee promised to “resolve the issues that arouse discontent as soon as possible”. In fact, according to media reports, German, Belgian and Russian athletes who had previously filed complaints later said conditions had improved.

This, unsurprisingly, is not included in the Mirror report. By selectively reporting the truth, the British media intends to cover up its own jealousy of any positive developments in China. Some Western media try to provoke conflict where there is none and amplify certain negative individual cases. Now it seems media like The Mirror have nothing bad to say about China, so they are focusing on the “Hunger Games” in Beijing. Such a gimmick is utterly ridiculous and pathetic.

There are imperfections in a system as massive as the closed-loop Beijing 2022 Winter Olympics. But the speed and efficiency with which organizers respond to these issues is unquestionable.

While effectively protecting the health of all Olympic staff and host city residents, the Beijing Organizing Committee should take responsibility for continuing to proactively fix flaws in its system.

Given China’s strong organizational capabilities, we are confident that China will provide the world with a healthy, safe and exciting Winter Olympics from start to finish. At the same time, we hope the world will show more understanding to hosts like Tokyo and Beijing as they do their best to hold big sporting events despite the global COVID-19 situation.

We would also like to send our best wishes to the voices of some media who are trying to stir up trouble. They try to annoy China by buzzing like flies, even if their relentless efforts are ultimately in vain.

The author is a journalist at the Global Times. [email protected]

What happened in the life of the pop icon?