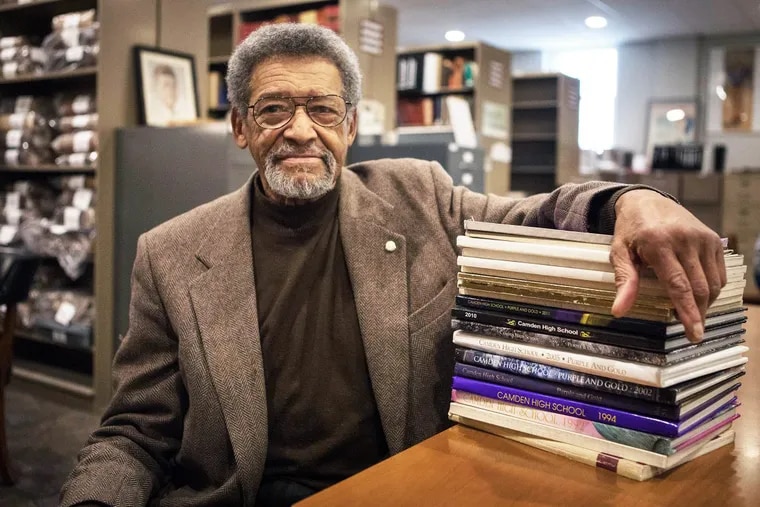 Colandus “Kelly” Francis Sr., 87, of Camden, former president and vice president of the Camden County chapter of the NAACP, longtime Camden civic activist and 34-year veteran of the U.S. Postal Service, has died Saturday, March 26 from cancer at home.

Mr. Francis lived in the Parkside neighborhood of Camden for more than four decades, led the Camden County NAACP for 18 years in the 2000s, and was a tireless advocate for, among other things, quality education, civil rights, affordable housing, equitable economic development and environmental justice.

Known as Kelly, short for Colandus, he was a constant and outspoken presence at City Council and other public meetings in Camden, representing the townspeople, and held many leadership positions during his tenure. decades of public service.

“Kelly was a civil rights giant who, in many ways, was at the forefront of decades of struggles for racial justice in Camden and across New Jersey,” wrote Adam Gordon, executive director of the Fair Share Housing Center. , in an online tribute.

Mr. Francis has excelled in communicating and educating others about Camden’s history and civic activities, as well as in stimulating change on his own. Friends and other local leaders called him “smart”, “devoted”, “ready to talk”, “gentleman” and “civic icon”.

He vigorously defended the integrity and mission of the NAACP, championed its program of African-academic, cultural, technological, and scientific achievement, and, sometimes with his own money, helped local students apply for scholarships and participate in university competitions across the country.

He was often quoted in reports on Camden’s civic activities, and in 2018 opposed the demolition of Camden High School, telling The Inquirer: “A large part of Camden has been demolished. Our neighborhoods have been demolished, annihilated.

“He was focused,” said his daughter, Robyn. “If something had to be done, it was done.”

Mr. Francis kept many notes and records of his civic work, and his collection of newspaper clippings discussing his positions is legendary. “He could hold conversations with just about anyone, and he did,” a friend said in a tribute.

He helped renovate, with his own money, a South Camden home where the Reverend Martin Luther King Jr. stayed while attending seminary in Pennsylvania, and in 2004 sued to have halt raises for senior Camden police and fire officers.

“I’m just trying to let the public know what’s going on,” he said at a 2004 city council meeting covered by The Inquirer. “They are putting the town further in debt and making it that much harder for Camden to become self-sufficient.”

It was common for those who had just met Mr Francis to ask if there was a civic organization in Camden that he did not belong to. His answer was usually “No”.

Born August 12, 1934, in Enfield, North Carolina, Mr. Francis lived in Newport News, Virginia until his family moved to Camden in 1949. He graduated from Camden High School in 1952 and attended courses in electronics and other subjects in Salem. County Community College, Pennsylvania State University and Rutgers University.

He joined the Postal Service as a temporary mail carrier in 1956, served as general chairman and in other roles for the American Postal Workers Union, and retired in 1989 as an electronics technician.

He married Alice Brown in 1956, and they had daughter Robyn and sons Colandus Jr. and Kevin. They then divorced.

Mr. Francis enjoyed tinkering with electronics and collected countless devices that he said he intended to repair. He loved jazz, traveled as often as possible, and adored his grandchildren at family gatherings.

“His passion for Camden and for his children and his community was extraordinary,” said his son Kevin.

In addition to his children, Mr. Francis is survived by three grandsons, six great-grandchildren and other relatives. His ex-wife died earlier.

Visitation will be from 9 a.m. to 11 a.m. on Monday, April 11 at the Salvation Army Community Center, 1865 Harrison Avenue in Camden. A service is to follow.

Donations in his name may be made to the NAACP New Jersey State Conference, 4326 Harbor Beach Blvd. No. 775, Brigantine, NJ 08203. ATTN: Vivan Darks. In memo: In Memory of Colandus “Kelly” Francis NJ State Conference ACTSO Program.