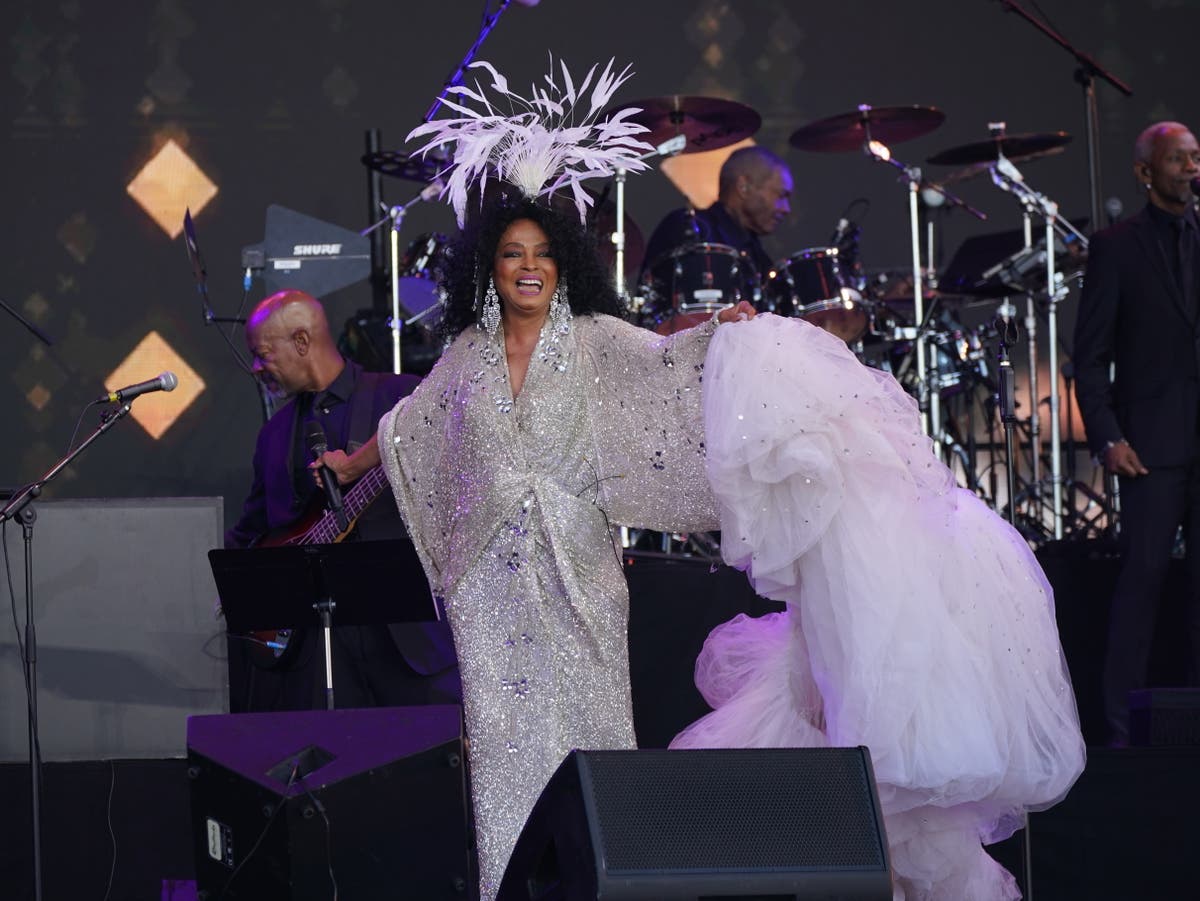 Return the voice of Paul McCartney, all is forgiven. In the grand weekend parade of ’60s hitmakers, Diana Ross’ pipes are certainly the rustiest. “There’s great power in determination,” she wisely says, speaking of her struggles to make her Thank You tour and Legends slot appearance happen, but also her great epiglottis tension.

The Motown queen can appear from backstage in a flume of bubbles to a fanfare of “I’m coming out” — it looks like she’s materialized straight from a dimension populated by glamorous snowflakes — but sometimes , for the next 75 minutes, it looks like she’s doing disco karaoke after four intense nights at the Shangri-La. “Chain Reaction,” in particular, is flatter than a landslide hitting Ian Brown’s house.

The effect is an ensemble that is as much a 100,000-person support band as it is a celebratory chant. There’s always a magical thrill to being in the presence of such a supernaturally famous and universally beloved pop icon, and the permanently wigged masses of Glastonbury aren’t letting this one off the hook. They help her carry her initial rush of Supremes hits – “Baby Love”, “Stop! In The Name of Love” and “You Can’t Hurry Love” – which are thrown out early as a death wish for the Legends slot machines. They will even do so on Ross’ failed attempt to start a solo coda on a sweet soul ballad “I’m Still Waiting”. The star and her songs are getting all the love; performance itself is a secondary concern.

Until Ross commits the cardinal sin of Legends slot and plugs in his new album Thanks too hard for wallets watching at home. “Tomorrow” is lively disco fare and the title track is a wonderful throwback to its soulful ’70s disco era, but the last thing we’re here for is a sales pitch, however sweet. The modern tropical pop of “If the World Just Danced” suggests that all our problems could be solved with a vigorous conga. Presumably downstairs from Club ExxonMobile.

From there, it takes a shout of “I’m 47!” halfway through a fabulous ‘Upside Down’, with front row security doing their usual dance routine, and her pop country Dolly Parton ‘Ease on Down the Road’ moment to recover the backhand, despite a ‘Why Do Fools Fall in Love”. It’s a bit of a shame that Ross thinks songs like “Ain’t No Mountain High Enough” and “I Will Survive” are her staples, tracks she’s had hits with but that she “I Will Survive” is even laced with “Billie Jean” and DJ Khaled’s “All I Do is Win” But now the crowd is singing to themselves, just happy to have such a lovely lead singer .