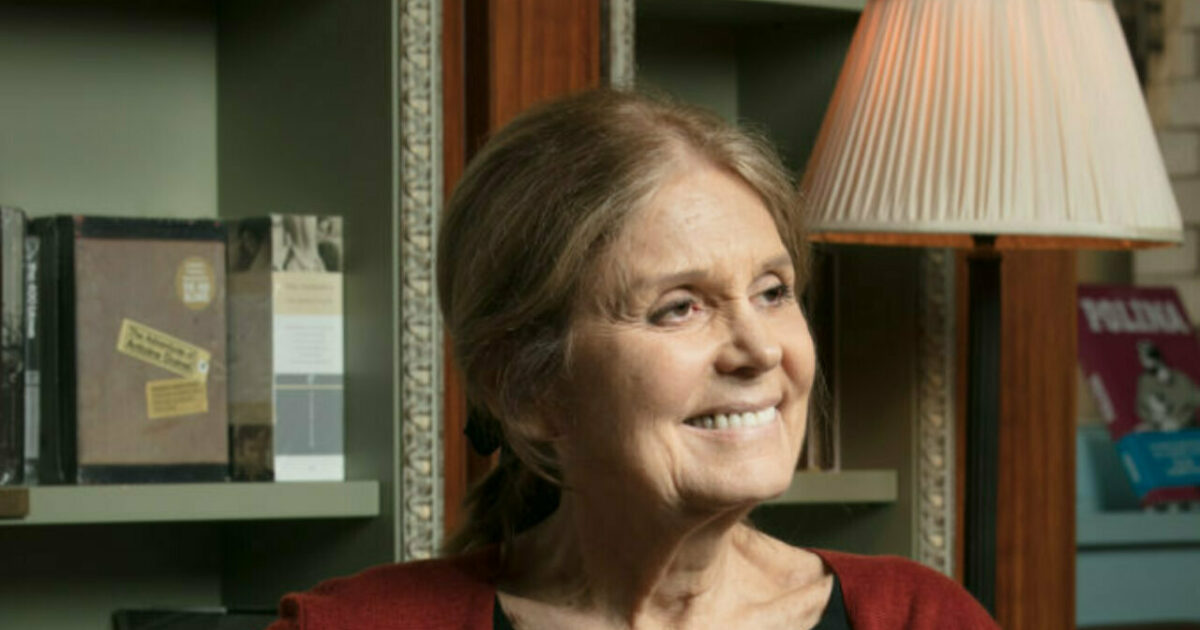 Gloria Steinem – Why she will always be a feminist icon

Gloria Steinem is a writer, speaker, political activist, feminist organizer and inspiration. She has fought for women’s equality for more than half a century and received the Presidential Medal of Freedom from President Barack Obama. Steinem has dedicated her life to standing up for what she believes in.

Growing up, Steinem spent half the year in Michigan and the other half in Florida and California. This meant that she did not go to school regularly until she was 11 years old. In an interview with Emma Watson, she said that in a way it was a good thing because she had dodged a lot of brainwashing, especially in terms of gender studies and women’s roles within companies.

She then attended Smith College and studied government, which was not a traditional choice for a woman at the time. It was clear from the start that she did not want to follow the most common path in life for a woman. Societal norms at the time meant that the expectations of a woman were to get married and have children. After graduating in 1956, Steinem received a scholarship to study in India. She had also broken off a marriage proposal. Had she married when she was supposed to, Steinem would have lost her name, credit rating, legal domicile, and most of her civil rights.

While in London waiting for her travel visa, she had an illegal abortion at age 22. Steinem found a doctor in the phone book near her home. In an interview on Brut America’s YouTube channel, she said, “It was the chance of a lifetime.”

The man told her that he would refer her to a woman who would do this for her, but that she should never tell anyone her name. Steinem never did, until many years later she dedicated a book to him after his death titled My life on the road. This chance allowed her to have a safe abortion and allowed her to change her life and go on a trip to India.

In the dedication below, Steinem says the doctor asked him to promise him two things:

She first worked for Independent Research Service, then embarked on a career as a freelance writer. One of his most famous articles of the time was a 1963 expose on the Playboy Club of New York for Show magazine when she was 29. Steinem went undercover, working as a waitress, or a scantily clad “bunny” (as they called them at the club). She wrote about the sexual harassment women faced at work and learned about their working conditions. Steinem reported that they had to undergo an internal examination and were told it was for their condition. In the Raw America video, she says that wasn’t true and that it was to make sure the women – who were then encouraged or forced into sexual activity – didn’t get venereal diseases. She said in the same conversation that on the one hand it was an investigative journalism piece, but on the other hand she was for years (and still is, even now) identified like one of the old rabbits.

Steinem became increasingly noticed in the women’s movement. First, at the end of the 1960s, she participated in the creation New York magazine and wrote a column on politics for the publication and reported on an abortion hearing given by the radical feminist group known as the Redstockings. She expressed her feminist views in essays such as “After Black Power, Women’s Liberation.” After hearing her, male colleagues pulled her aside one by one and said, “Oh Gloria, don’t get involved with those crazy women.”

A big moment for Steinem was when she co-founded and launched a feminist magazine Mrs when she was 37 with Dorothy Pitman Hughes. It is the first periodical created entirely by women. Finally, there was a magazine controlled by women and written by women that spoke about women and their experiences, rather than through a male lens. The first issue contained a letter from Gloria and 52 other leading women writers, athletes and artists stating that they had all had abortions. The year before this letter, a Supreme Court decision established the right to abortion in America. The issue sold 300,000 issues in just over a week. After the success of Ms Magazine, she traveled almost constantly for two decades as a speaker and organizer.

In 1972 Steinem campaigned for Shirely Chisholm, the first black woman to run for President of the United States. Steinem spoke about how Chisholm didn’t get the coverage she deserved, but said that with or without that coverage, she represented a coalition of helpless people. Steinem was an early advocate for the Equal Rights Amendment and adding gender equality to the US Constitution, testifying before the Senate in 1970 and marching to Washington DC to demand its passage in 1978. She would go on to challenge the intersection of feminism with Black rights, Latinx rights, Indigenous rights, and LGBTQ+ rights.

She delved into women’s issues in her writings. His 1983 collection of essays, Scandalous acts and daily rebellions, presented work on a range of topics. Another collection of writings includes Going Beyond Words: Age, Rage, Sex, Power, Money, Muscles: Breaking Gender Boundariesreleased in 1994. In 1993, her concern about child abuse led her to co-produce an Emmy Award-winning television documentary for HBO, Multiple Personalities: The Search for Deadly Memories. She and Amy Richards co-produced a series of eight documentaries on violence against women around the world for VICELAND in 2016.

In the 2000s, in 2005, she and Jane Fonda founded the Women’s Media Center to promote women in positions of power in the industry. She also supported Hillary Clinton in the 2016 presidential election and spoke at the Women’s March in Washington the day after Donald Trump was inaugurated as President.

Now in her 80s, Gloria Steinem has tirelessly advocated for marriage equality, the #MeToo movement and the protection of reproductive rights. She was seen saying, “I’m sure I received from my father this love of freedom, of independence, of being accountable to no one, and I have remained independent all my life.” She is a feminist icon and through the various waves of feminism has always fought for what was right.

For more from Gloria Steinem herself, join the Festival of Debate online on Tuesday, April 26. Book your tickets here.