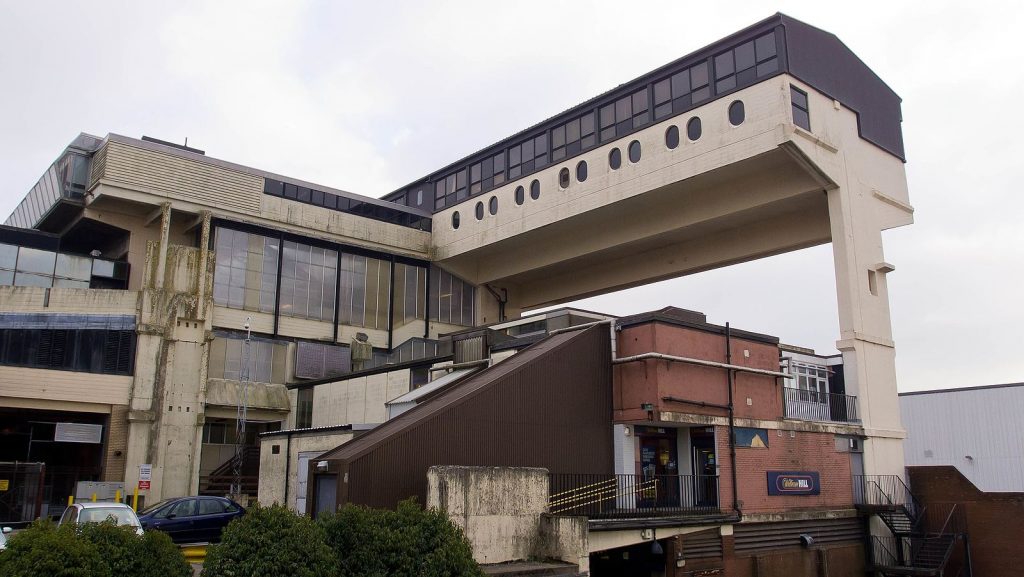 North Lanarkshire Council has announced it has purchased the giant complex, built in 1967 as the focal point for Cumbernauld, a new town built to help Glasgow cope with its burgeoning population.

The council wants to eventually replace the megastructure, called the Cumbernauld Centre, with a new ‘urban centre’ as part of a multi-million pound scheme which includes schools, leisure facilities, a health center and office space .

The project is still in its early stages and North Lanarkshire has yet to appoint an architect, but it has drawn up some early designs in-house to show what the new hub could look like.

The Cumbernauld Center has long been regarded locally as an ‘eye-sore’ and in 2005 was voted ‘Britain’s most hated building’ in a poll organized by the Channel 4 program Demolition.

The show, presented by Kevin McCloud, featured a team of architects led by former RIBA President George Ferguson who demonstrated how it could be remodeled and opened up.

It has also been twice crowned winner of the Carbuncle Award, an award celebrating Scotland’s ‘darkest towns’ set up by Scottish magazine Urban Kingdom. The judges described the center as a “rabbit warren on stilts”.

But the building also has its supporters, and conservation groups and fans of brutalist architecture have called for its protection.

Architectural historian Barnabas Calder described the decision as “cowardly and unnecessary”, calling for the center to be renovated.

Ray Lucas, a lecturer at the Manchester School of Architecture, grew up in Cumbernauld and is in favor of keeping the building. He said residents’ impressions of the city center are “decidedly mixed and based on decades of underinvestment.”

He added: ‘It would be too generous to call this ‘managed decline’; it is neglect, and the people of Cumbernauld have had to make do with a dire lack of facilities for a very long time now. This makes it increasingly difficult for people to see the future potential of the structure, but despite this, some still see it.

“It is unfortunately more common to see opinions in favor of demolition, and some actively hate the building, so there is a mountain to climb to rehabilitate the structure’s reputation.”

Lucas added that the building could be remodeled and deserves to be preserved not as a historical relic, but because it includes “amazing” spaces.

“The environmental cost of demolition goes against everything we should professionally defend,” he added.

A cowardly and unnecessary decision was announced to demolish #Cumbernauld Downtown in its entirety. It’s had a tough life, but it’s hugely important as an urban experience. #Renovation imaginatively and well is the right thing for #carbon and #heritage. pic.twitter.com/v8oLY2NLyS

But North Lanarkshire Council leader Jim Logue said while the building represented the future ‘in the 1960s’ it was clear it no longer fit residents’ vision of a town center modern.

“Acquiring the Cumbernauld Center is a hugely important part of the town’s vision for Cumbernauld and would represent a huge step forward in the regeneration of the town,” he said.

“We are absolutely committed to ensuring that Cumbernauld – and all the towns in North Lanarkshire – are a vibrant and vibrant city and our overall town center investment, of hundreds of millions of pounds, is aimed at ensuring a sustainable future.

Cumbernauld was designated a new town in 1955. Leslie Hugh Wilson was the first chief architect for the Cumbernauld Development Corporation (CDC) which oversaw the development of the new town until 1996.

Wilson was behind the design of the mall, along with architects Dudley Roberts Leaker Geoffrey Copcutt, Philip Aitken and Neil Dadge.

The mall was completed in 1967 and housed shops, a hotel, an ice rink, a bowling alley, a health center and penthouse apartments. It was expanded in 2007 with the addition of the Antonine Center, a shopping center connected to the old structure by walkways and elevators.

The redevelopment of the council is not expected to start for a few years, with the actual project expected to last around a decade.

God knows I was (and sometimes still am) an apologist for post-war architecture, but Cumbernauld is seriously sinister. I would be interested to know how many people calling for its preservation have been there. https://t.co/DAhQ0JQt6u 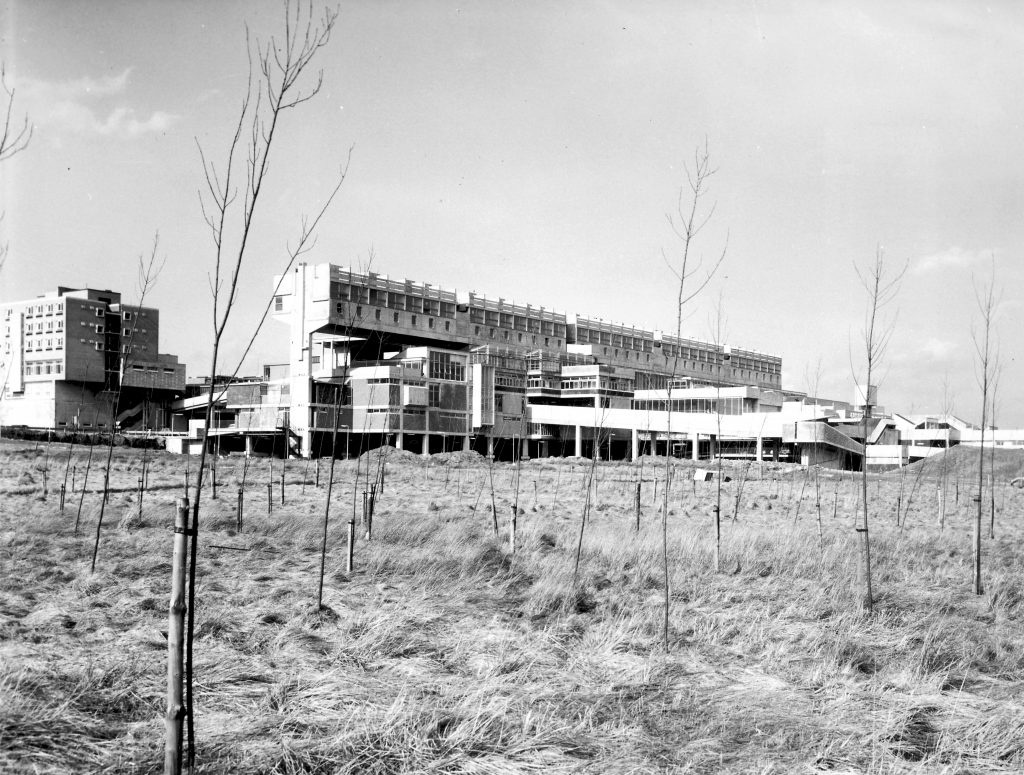