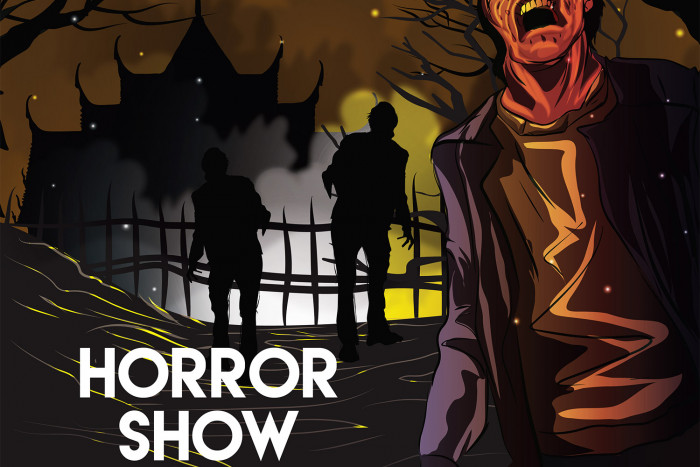 Have you ever imagined what your days would be like if the horror movie storylines were set in real life? We’ve seen many metropolises in movies doomed by the deadliest fictional disasters or the living dead, but what about Bangkok? Will we be lucky enough to survive disasters? Think no further, because we’ve made up storylines of how Bangkokians will or will not walk through a post-apocalyptic world inspired by the tropes of horror we know and love. Plus, we’ve put together some spooky Halloween costume ideas and a list of movies that will give you chills up your spine this Halloween.

Do you remember how scared you were when you heard about the coronavirus that allegedly came from a science lab in Wuhan, China? But this time, think of it as a virus that turns the living into the living dead after being bitten by the infected. When the zombie virus starts to spread, what will you do to protect yourself from the walking dead in Bangkok? 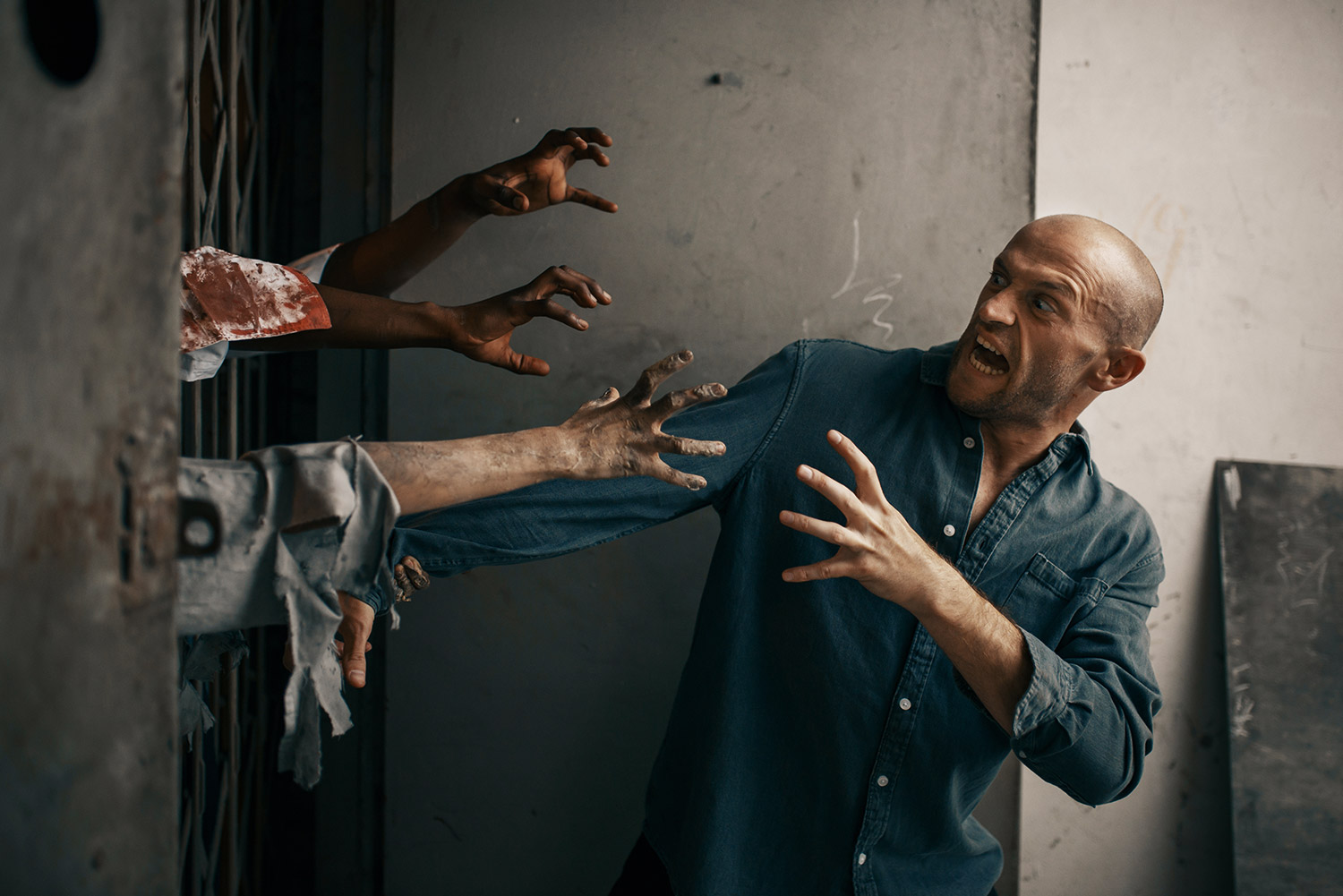 First, stock your backpack with survival gear so you can move from place to place when a herd of zombies invade your neighborhood. If you still have time before that, craft yourself some armor that will protect you from bites, as well as some weapons to break their brains out. Finding safe shelter would be your next step and we recommend finding a boat to sail along the Chao Phraya River (7-Eleven would already be robbed and trashed) as the undead would not be able to swim. Even if they try to wade through murky waters, they are likely to become fish food. Do not go up in a skyscraper because the electricity and the aqueduct could be cut off after a few weeks of chaos in the world.

There are plenty of piers to moor your boat along the river. If there are no signs of zombies, you can settle there for a few days while waiting for help or looking for supplies in nearby buildings. Avoid the front door of a convenience store, of course. Its welcome beep can attract the attention of zombies.

It is not wrong to think of our phones as soulless objects, on which we can sometimes inadvertently express our rage. You might throw it away after having an angry conversation or even recklessly drop it in the toilet. However, what if they have feelings and are tired of human abuse? What if your phone’s AI had evolved and worked with other phones to bring us down? 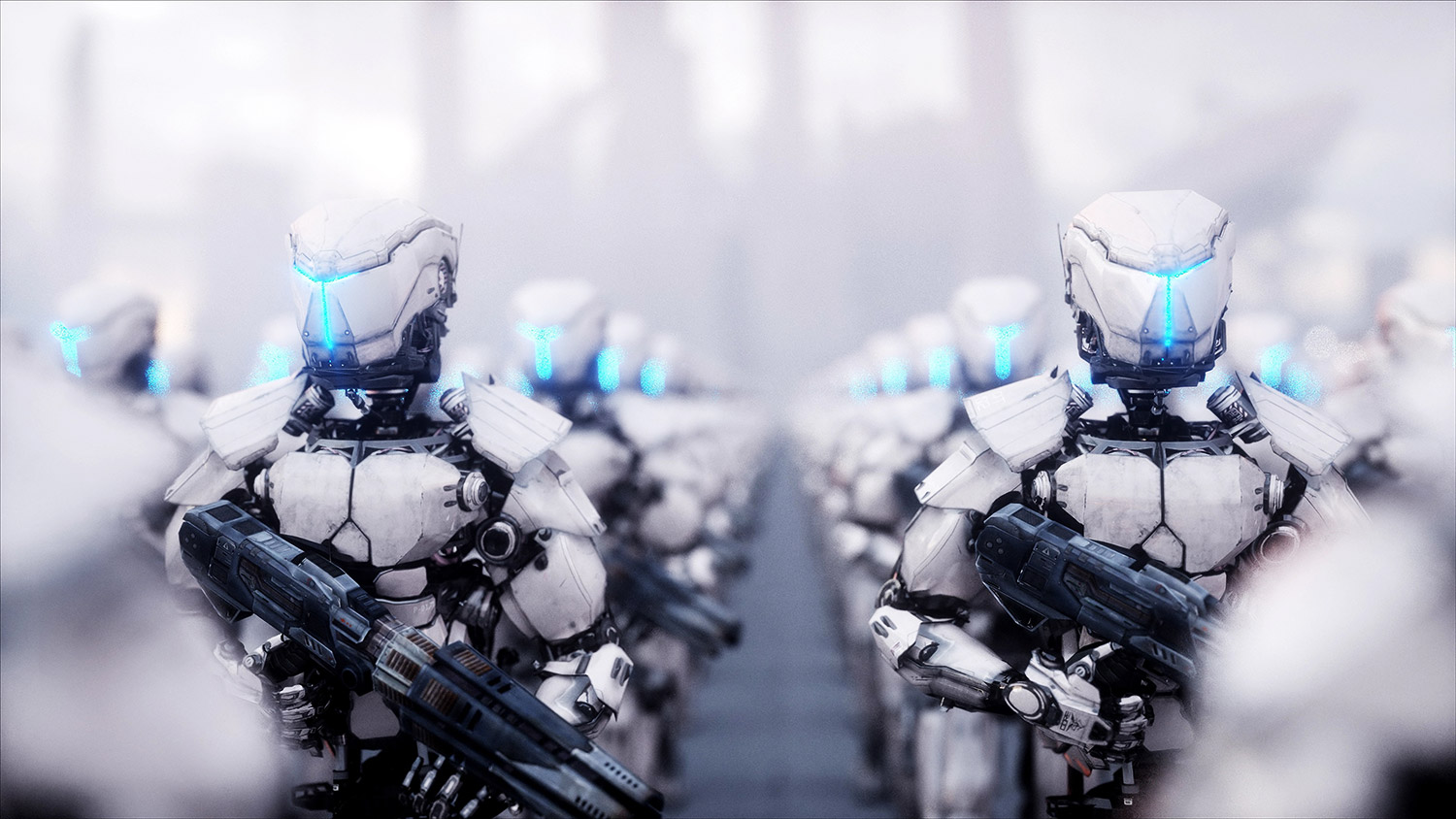 Our smartphones are turning into human-sized robots, forming an army to revolt against us. We are captured and locked in a giant glass cage while attached to a leak-proof cable, which they use to convey what they feel when locked in a glass display in a computer store. If you’re lucky enough to run away from them, you’ve got to hide somewhere the AI â€‹â€‹can’t track your digital footprint.

As tech experts develop deadly code to stop the AI, the only thing we can use to combat these robots is water. We may have the advantage over them as we are familiar with the water guns for the Songkran festival. So the humans put together a team and splash them in a man-machine showdown. If we emerge victorious from this smartphone invasion, we will always have an analog society to come back to and selfies could become a thing of the past.

Ringu Will not work

A cursed scary video created by a vengeful ghost girl with psychic power is supposed to kill you seven days after watching it if you don’t ask another person to watch it. Of course, the VHS format won’t work here as there are only an abysmal number of Bangkokians who still own videotape players nowadays. Not to mention that you also need old fashioned televisions. Younger Millennials, Gen Z, and Gen Alpha won’t even know how it works. 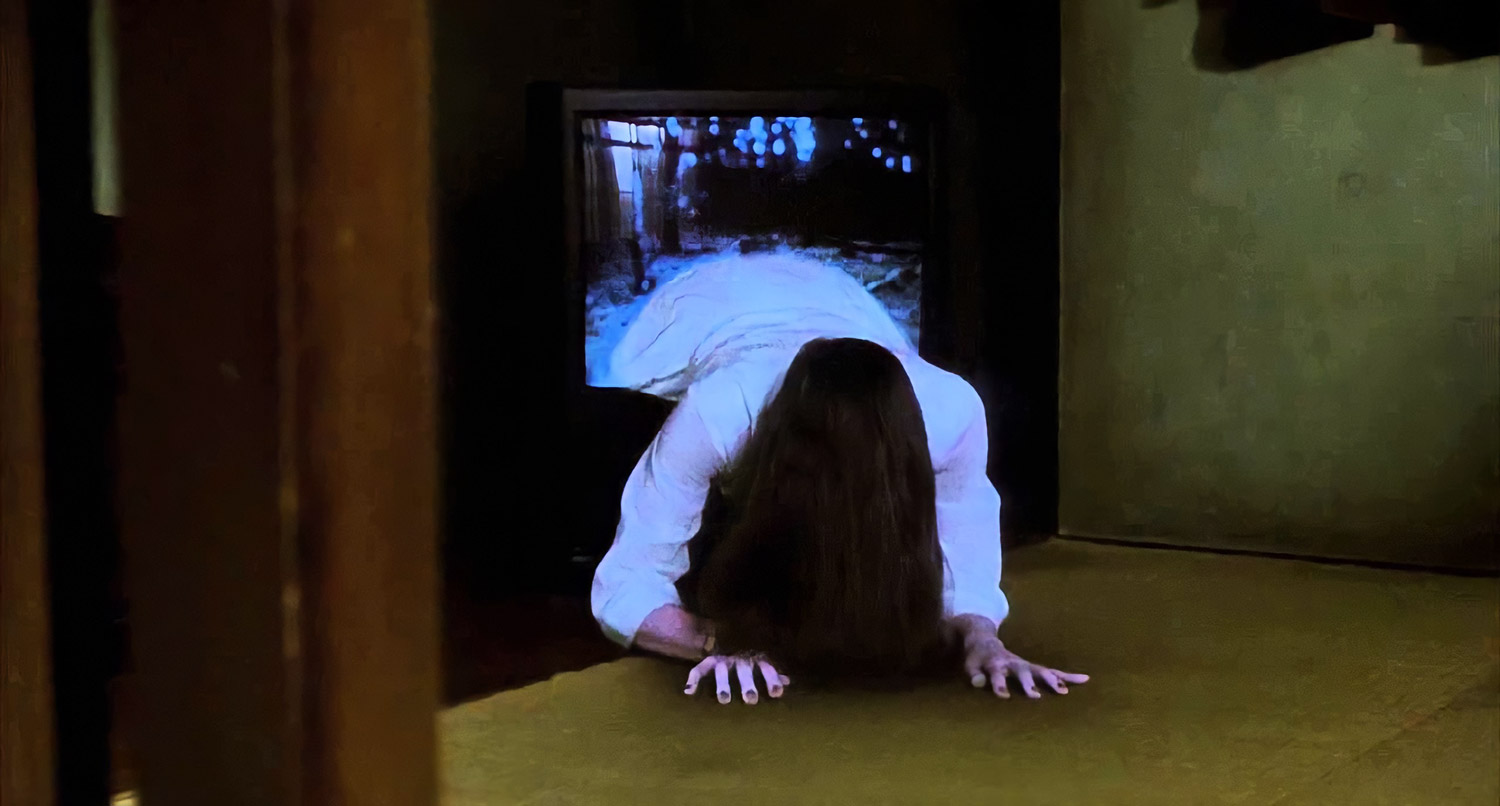 Dressed to kill for Halloween

If you need a little inspiration to liven up your Halloween party, these awesome costume ideas should do the trick. 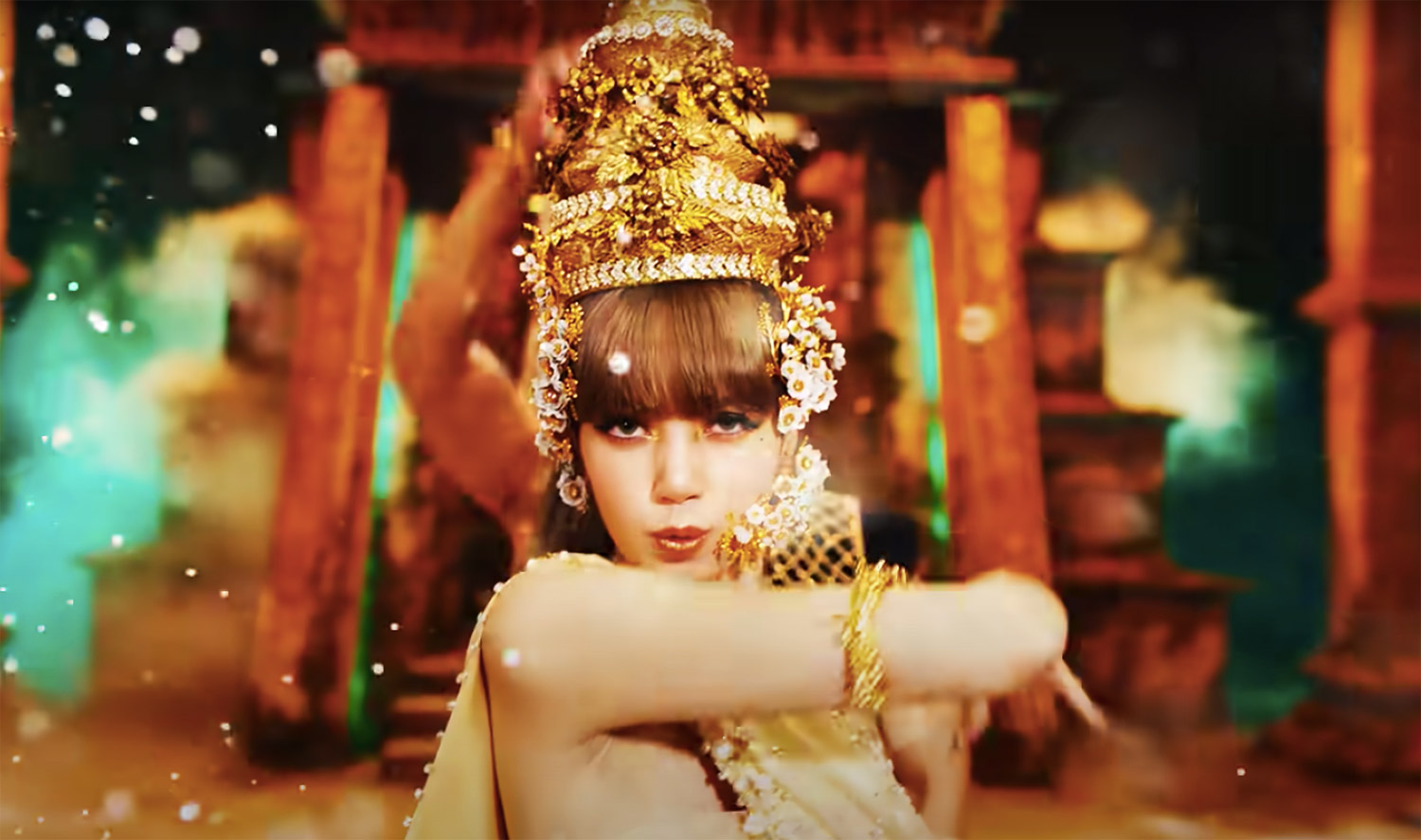 Thai Blinks would be overjoyed to make it a success this Halloween with Lisa Blackpink’s stunning outfits from her first solo single Lalisa. She wore a traditional crop top with a sabai a bib and wrapped mini-skirt, created by Thai fashion house Asava, and a golden headdress made by Prapakas Angsusingha of Hook’s by Prapakas, one of Thailand’s most avant-garde fashion designers. The golden goddess outfit takes our traditional costume to the next level. Those who want to replicate it for Halloween will have plenty of stores to rent out a similar look. I don’t know if all of Sam Pheng’s headdresses were ripped off or not. Fans can also opt for her strapless top and matching red paisley puff sleeve shorts, which can be complemented with double braided hairstyles. 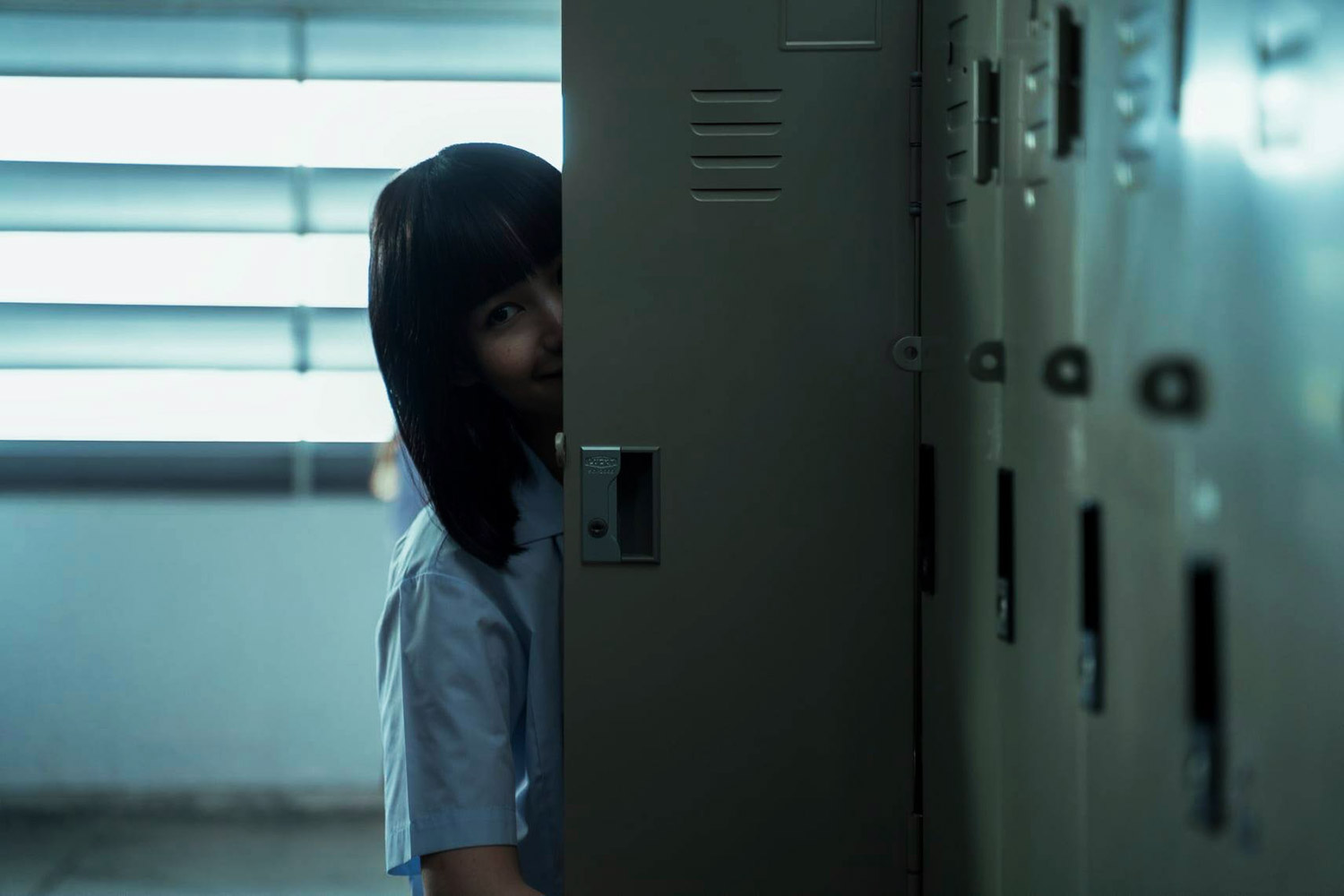 A straight wig with bangs and a high school uniform is all you need to cosplay Nanno, the mysterious, deadly and manipulative girl from Netflix. Girl out of nowhere. The costume may make you look like a typical high school girl, but once you show off some creepy moves like when she dances in front of the flagpole or mimic her memorable laugh (there’s a two-hour video of her laughing on YouTube, so you can practice as you wish), you could scare everyone. However, you can improve your game of gore by splashing blood on the shirt (betadine, of course) while wearing scar makeup like how he looks after a second season car crash or by wearing plastic wrap around. your head like in the bloody finale of the first season. 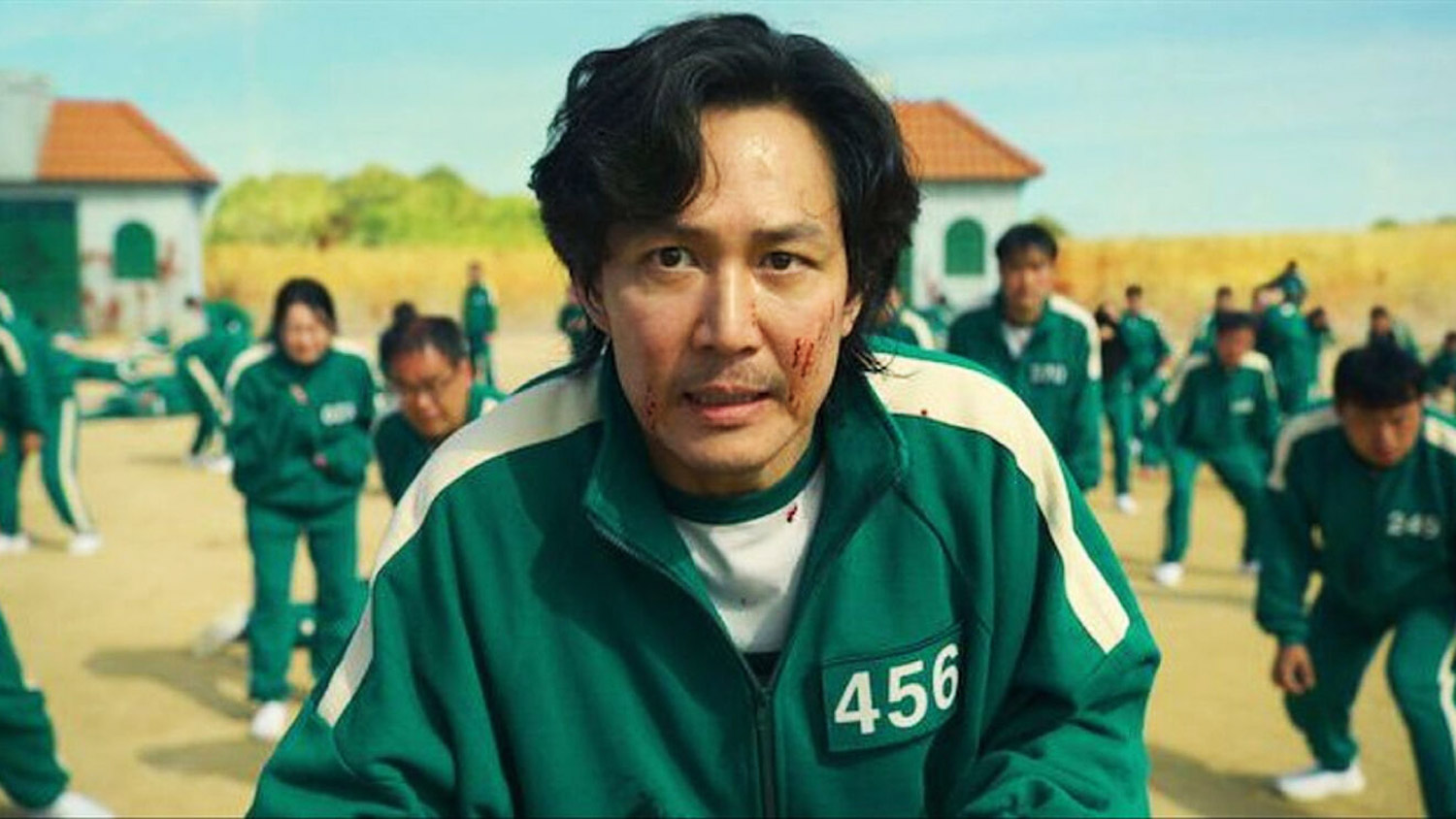 Given the immense popularity of the hit Korean thriller Squid gameIt’s no surprise that this year’s Halloween costume is the tracksuit for cash-strapped gamers, which you can, of course, buy from Lazada and Shopee. The uniform is a zip-up sweatshirt and teal green sweatpants, contrasted with a white t-shirt and slip-on sneaker. The trap ? It is comfortable and yet speaks to the culture of the moment. However, you can be dressed to kill like the Red Light doll, Green Light from the movie. An orange blouse over a yellow shirt with white knee high socks and a black leather school shoe will make people walking behind you scream when you turn around. 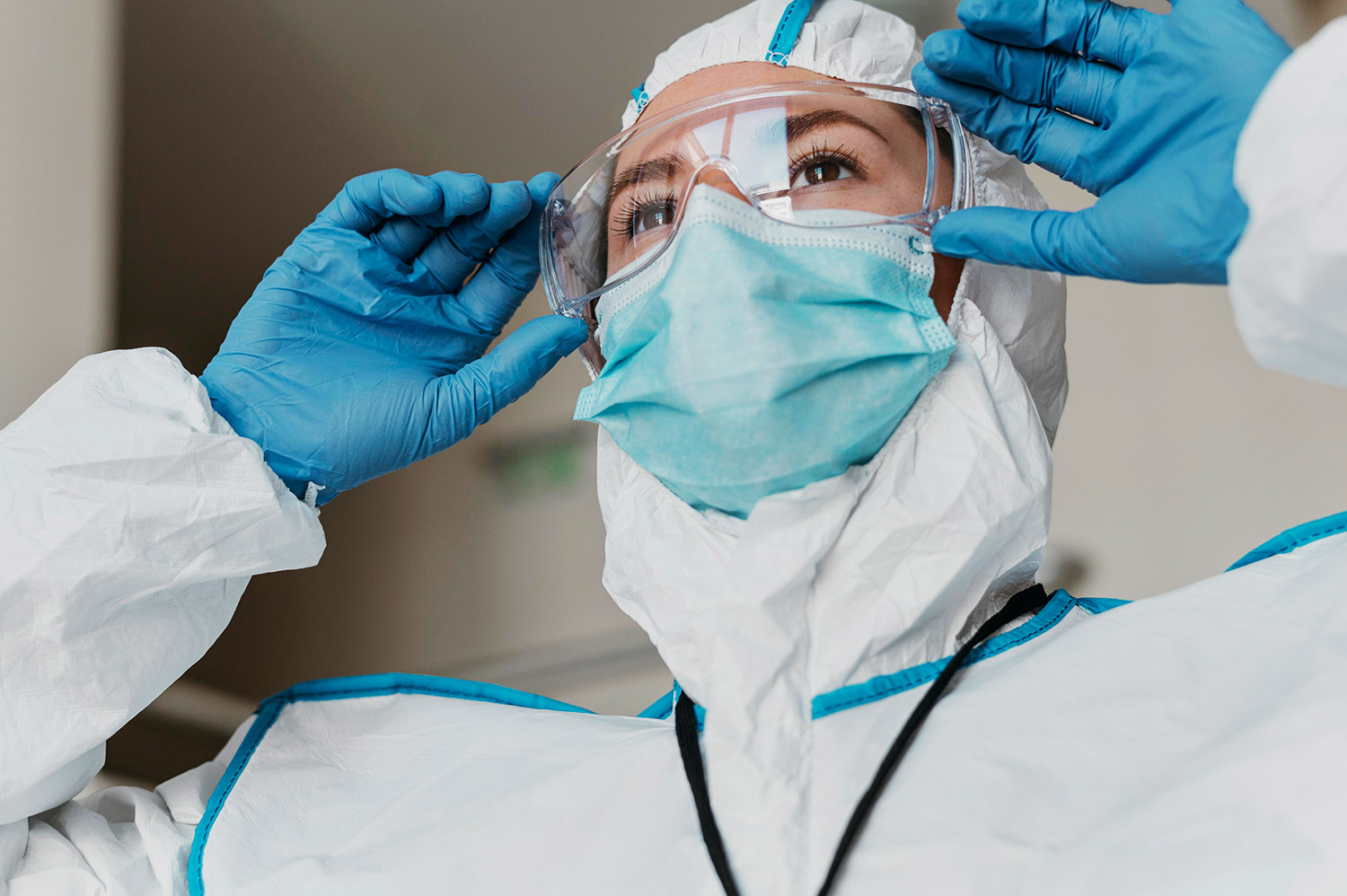 Well, the PPE costume is probably never the first choice that comes to mind for the Halloween party, but trust me, given the current situation, it can win you the prize of a contest. costumes with the right settings. With an oversized fake syringe, you can pretend to be a superhero version of the medical staff (and hopefully 2022 will be the only year you can go out on Halloween like this). It’s a way of paying homage to real heroes and, moreover, it will keep you safe from any risk of Covid-19, obviously.

Watch Till You Drop Dead

Here are four horror movies that will spice up your Halloween night.

The story of a group of American graduate students who are invited, or attracted, by Swedish friends to an isolated summer festival, which turns out to involve a series of ritual killings. It begins with a tragedy where Dani (Florence Pugh) finds out that her sister, Terri (Klaudia CsÃ¡nyi), who is bipolar, has murdered her parents and committed suicide. Her lover Christian (Jack Reynor) invites grieving Dani to join a weekend in Sweden with her friends to make her forget the tragedy. Shortly after arriving at the festival, it becomes clear to them that they have been drawn into some kind of worship. Their vacation to help Dani fix things changes their lives forever. 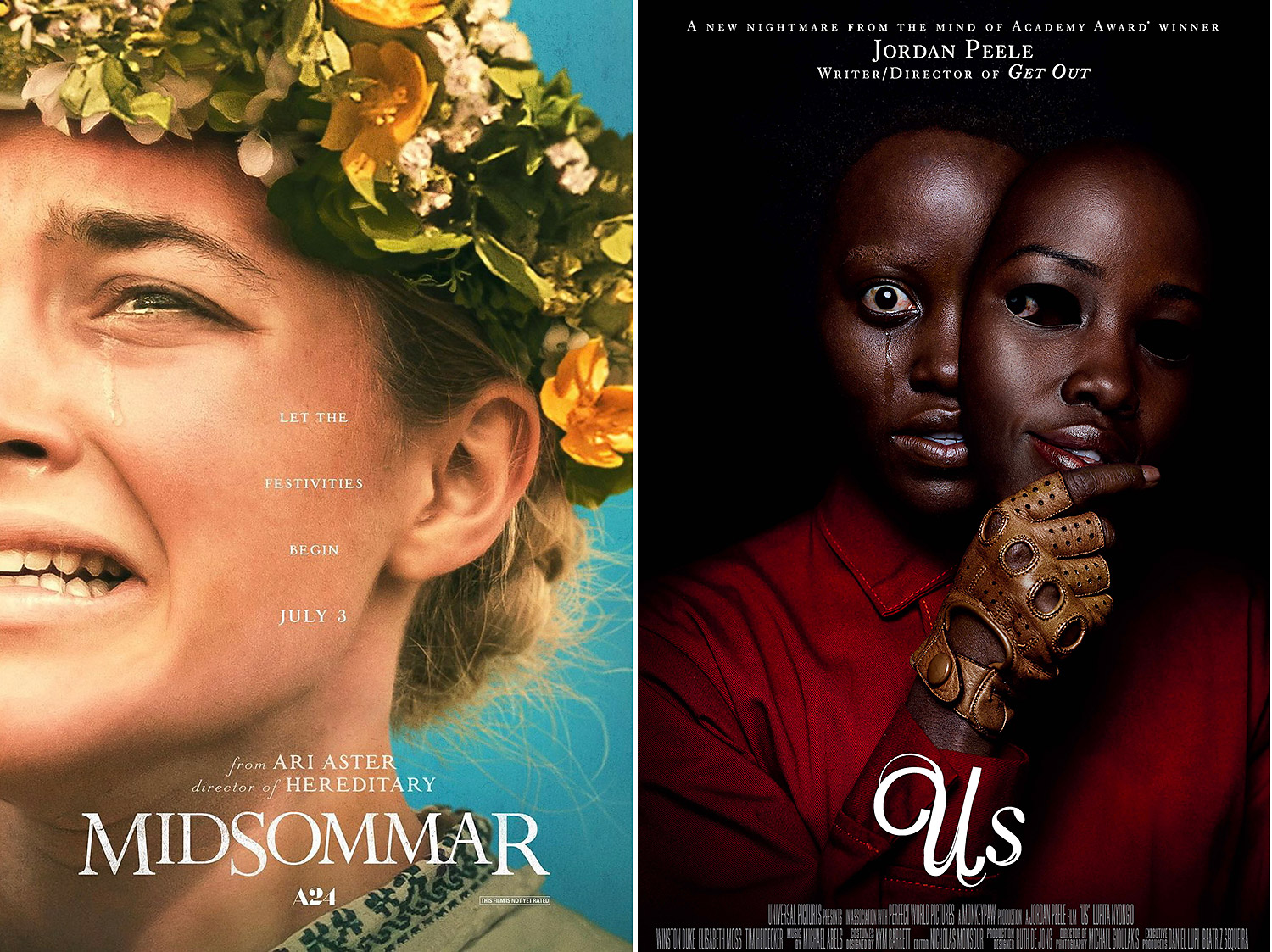 Structured like a home invasion drama, We focuses on the Wilsons, a seemingly normal middle-class family of four vacationing at their lakeside summer home. Adelaide (Lupita Nyong’o) is still haunted by a traumatic experience she had as a young girl on a similar vacation with her parents. However, his worst fear seems to repeat itself once again. Adelaide and her family are attacked by a mysterious doppelgÃ¤nger family wearing red overalls. Upon closer inspection, the Wilson’s realize that the intruders are exactly their look-alikes.

Three wealthy Thai teens from New York City – Jack (Pachara “Peach” Chirathivat), Bee (Jarinporn “Toey” Joonkiat) and Pam (Pattarasaya “Peak” Kreuasuwansri) – are planning to throw an epic New Years Eve party. call a drug dealer called Jesus (David Asavanond) to drop off the right things to celebrate their birthday in style. However, when Jesus arrives, the countdown turns into a psychological game involving violence and torture, which evokes memories of why they had to flee Thailand in the first place. 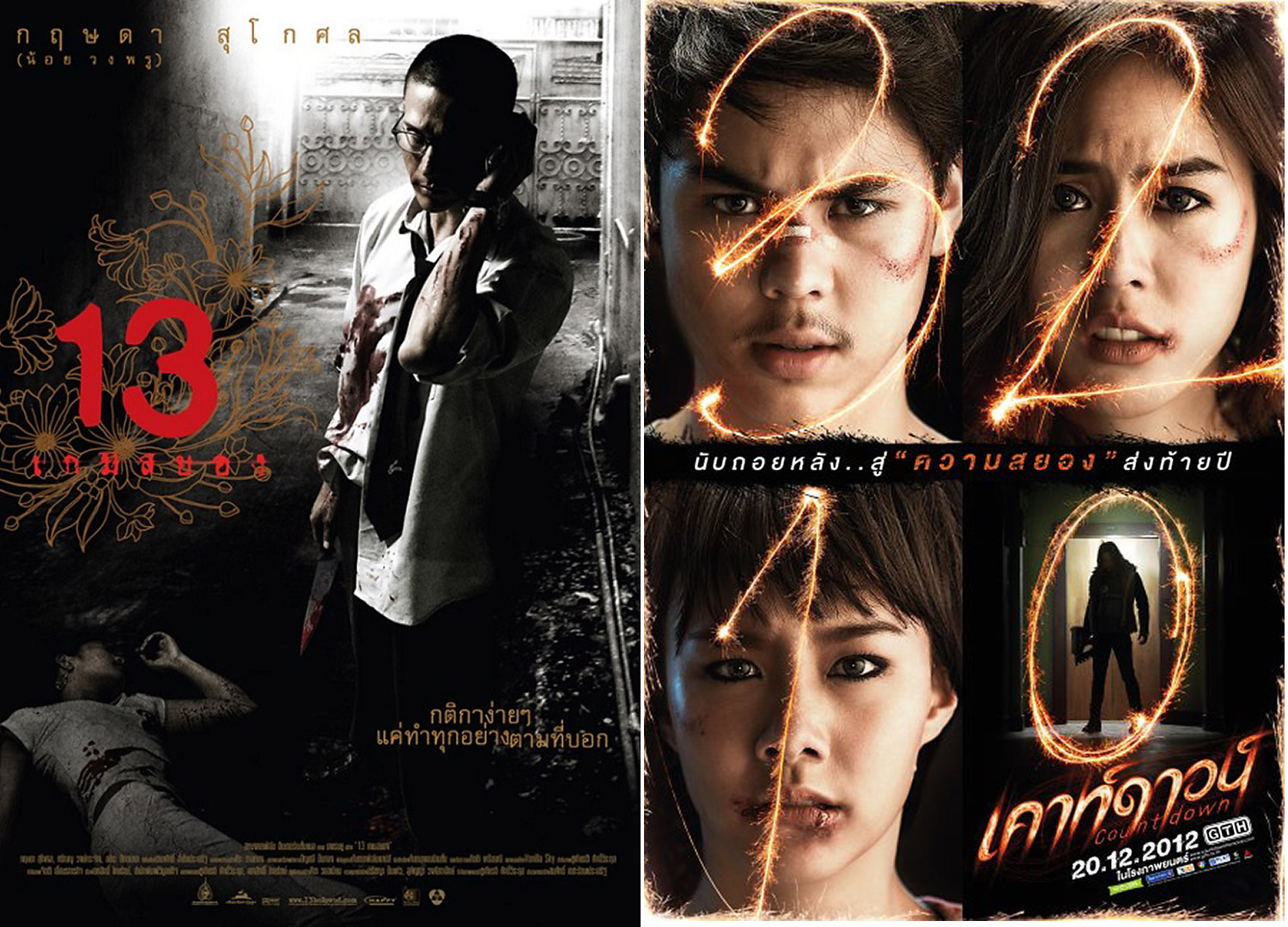 Krissada Sukosol Clap (Noi from rock band Pru) plays Phuchit Puengnathong, who plays a typical Thai white collar who always bites more than he can chew. He just got loaned a brand new car and a luxury apartment, after losing his job because a colleague stole a deal he was working on. Things are not going well for him until he receives a phone call telling him that he has been selected to participate in an underground online reality show. He is asked to complete 13 tasks and in return they reward him with money. However, nail-biting games aren’t that simple. He will test his morality, as well as his dignity.