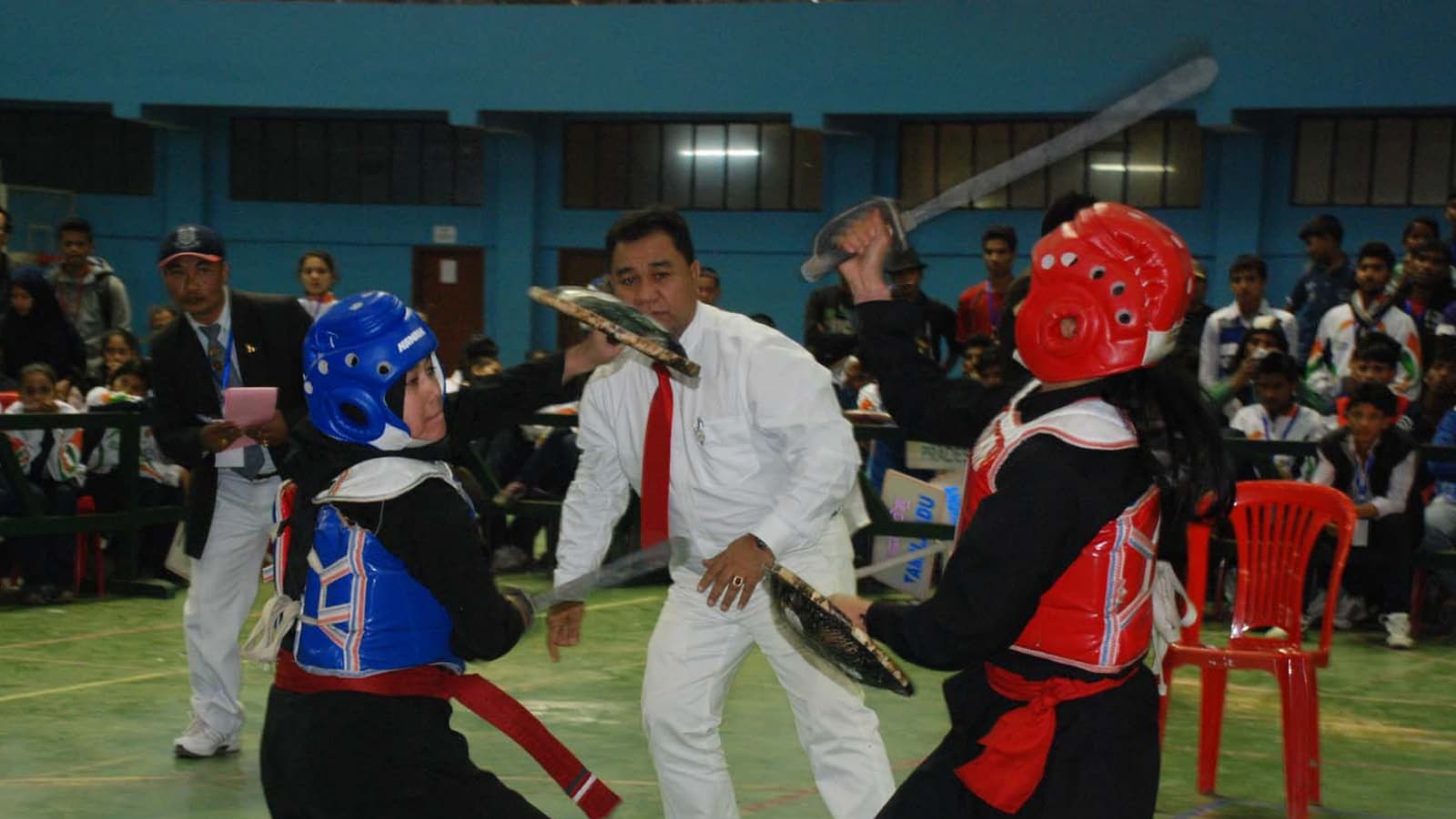 By Lauri S. Bass Last updated May 29, 2022
Share
Close your eyes, concentrate, flex your muscles and get ready to attack.

As a warrior, you’ll also need steely composure and deadly precision to win your fight. To defeat your enemy, however, you will only have the Thang (sword) and the Ta (spear) to lean on.

The Manipuri martial art of Thang-Ta, which will be showcased at the Khelo India Youth Games 2021, is not just about fighting. Artists are trained in sword fighting and sharit-sharak (bare-handed fighting). Their holistic development is ensured through sajen kanglon (physical exercise), thengouron (spiritual arts), ningsha kanglon (breathing exercise), layeng kanglon (natural medical education) and hirikonba (meditation).

Elaborating on bringing the sport to such a big platform, Huidrom Premkumar Singh, who will manage and oversee the Thang-Ta contests from June 4-6, revealed that there will be nearly 140 boys and girls in the melee. Most come from Assam, Manipur, Tripura, Nagaland, West Bengal, Bihar, Delhi, Jammu and Kashmir, Gujarat, Jharkhand, Tamil Nadu, Maharashtra, Punjab, from Haryana and Chandigarh.

Although not much is known about this art form, its origins are believed to date back to 1404-1432 AD when, according to the Thang-Ta Federation of India, a king named Punshiba established a military department called Shingchep Meira Haijoroi. In 1709-1748 AD, this defense system was reinforced by King Pamheiba and every man over the age of 16 was ordered to serve the state voluntarily for a fixed number of days a year and to train to martial arts.

Men were to be adept in the art of war as attacks from neighbors increased. “We share borders with Burma (now Myanmar) and invasions from surrounding states were also frequent,” Singh said. Tribal clans such as the Mangang, Luwant, Khuman, Angom, Khaba-Nganba, Moirang and Sarang Leishang Them in the Manipur Valley also often fought among themselves, emphasizing the need for strong defensive measures in all villages.

10 video games to play if you like Dragon Ball

Sayang Heulang Beach, Garut’s Icon of Beauty on the Shores