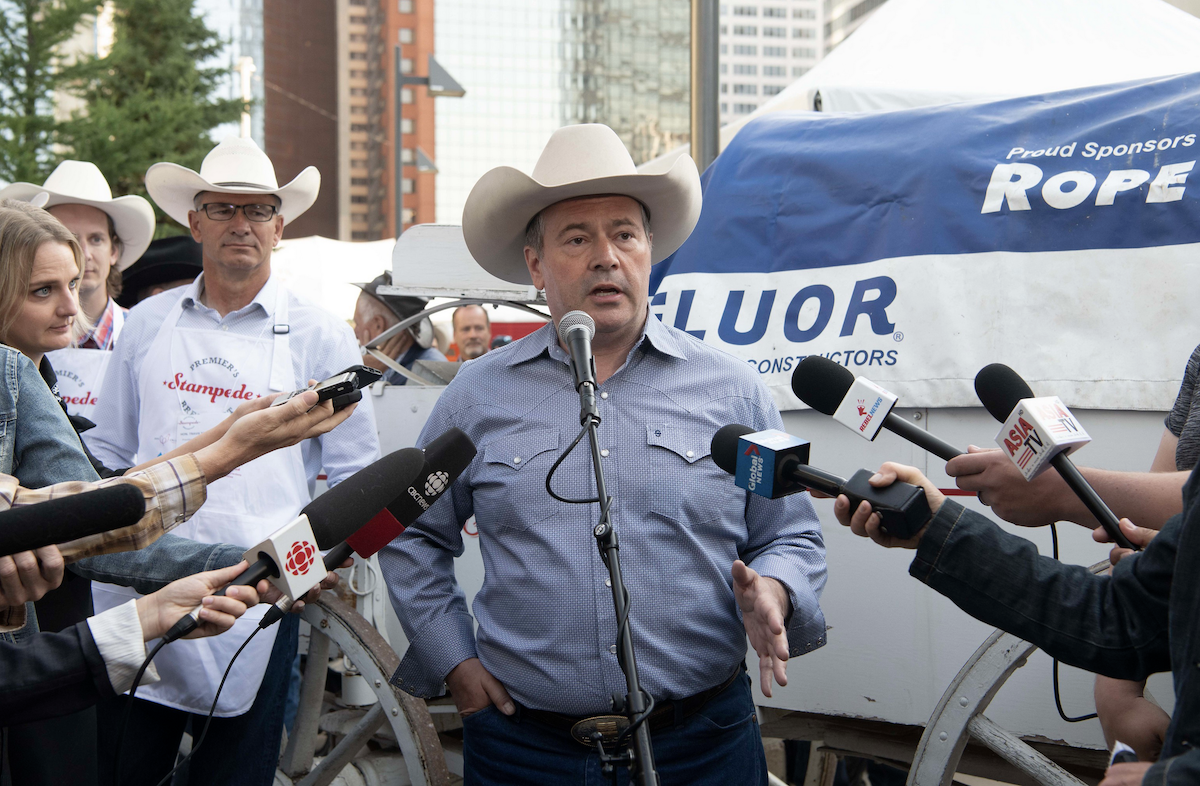 It’s too early in the reluctant Alberta spring for that to be a fly stuck between the blind and the window.

And we’re too far from Havana for this to be a mysterious Russian microwave weapon frying the brains of US consular officials.

Yesterday afternoon, the Prime Minister’s Office issued a press release on the official Government of Alberta website informing us that we will be paying for another unnecessary legal challenge, this time of the federal government’s use of the emergency law Peacefully end the occupation of Ottawa last winter, the border blockade and the potential coup d’etat.

Alberta got the green light from the Federal Court of Canada to intervene”on non-constitutional mattersin multiple lawsuits brought by Ottawa occupiers, border blockers, anti-vaxxers, conspiracy theorists, their ideological fellow travelers and mostly right-wing litigants in hopes of winning the Ottawa’s use of emergency law declared unconstitutional.

Not much luck, of course, but it certainly presents a fundraising opportunity for a number of the usual suspects mentioned above.

For its part, the Government of Alberta will argue that the invocation of emergency law was not necessary “since the province already had the necessary legislative tools to stop illegal blockades”.

OK that works. I don’t know what tough legalists hired by the province will say when Ottawa lawyers remind the court how Municipal Affairs Minister Ric McIver pleaded with two federal ministers on February 5 for federal help in clearing the blockade at the Coutts border crossing in southern Alberta.

You see, Mr. McIver explained at the time, the border blockade was hurting the economy, impeding the flow of essential goods and services and blocking the free movement of people.

The protesters – including several UCP MPs, whom Mr McIver failed to mention in his letter to Public Safety Minister Marco Mendicino and Emergency Preparedness Minister Bill Blair – were not letting the police enforce the law.

Thus, he pleaded, “I am requesting federal assistance which includes the provision of equipment and personnel to remove approximately 70 tractor-trailers and approximately 75 personal and recreational vehicles from the area.”

“Thank you, Ottawa,” might have been a more appropriate response from Mr. Kenney, but even in February he was threatening to challenge the constitutionality of the emergency lawcausing people at the time to observe that you can never please a Conservative from Alberta if your last name is Trudeau.

Ottawa’s response is unlikely to be all that different from that of Alberta NDP justice critic Irfan Sabir, a lawyer, who said yesterday afternoon that “Jason Kenney’s argument that his government had the necessary tools to disperse the illegal blockade at Coutts underscores the fact that he refused to use those tools.

“For 18 days, he refused to seek a court injunction to disperse him and refused to use the power of the province to void commercial driver’s licenses and insurance held by those unlawfully blocking an important trade corridor.”

Not only did Jason Kenney do nothing to break up the blockade, Mr. Sabir said, “his UCP MPs actively cheered and participated in the illegal blockade of Coutts, which caused $800 million in damage to the economy of Alberta”.

“The blockade was then raided by the RCMP, who found weapons, ammunition and body armor,” he added. “Several people are facing criminal charges, including conspiracy to assassinate police officers. Yet these UCP MPs suffered no consequences or reprimands for their actions.

As for Premier Kenney, he repeated it in his press release yesterday: “We will protect our province from the dangerous precedent set by the federal government by needlessly invoking the emergency law“, he breathed. “Their decision to invoke the law violated the constitutionally guaranteed rights of Albertans and all Canadians.

“It is our duty to do everything we can to protect the freedoms and liberties of Albertans from this kind of violation. No government should have the power to seize a person’s property or deny access to their property without due process. (Unless, of course, it’s the Alberta government arbitrarily seizing your car, even if you weren’t driving it. But whatever. )

Tyler Shandro, the latest man to walk through the revolving door of Alberta’s justice minister’s office, was quoted by the busy government press release writer as saying much the same as his boss.

UCP meme creators were busy trying to paint Mr. Kenney as a defender of civil liberties as well – a strategy unlikely to impress the Prime Minister’s enemies on the right or left, which now represents just about everyone in the province.

Of course, with the candidates for the leadership of the federal government all trying to outdo themselves by proving their loyalty to the occupiers of Ottawa, this approach is very much in keeping with the hallmark of Canada’s deeply Republican right wing.

It is important to note that just because the Federal Court granted the Government of Alberta the opportunity to intervene does not mean that the court endorses the merits of the government’s legal grandstanding.

Oh oh ! It is indeed disturbing to learn that Calgary’s iconic Alberta Boot Company, relocated to downtown Cowtown after years in a dark industrial area off Macleod Trail, is planning, as the Calgary Herald put it, “to expand the brand beyond its signature cowboy boots”.

It’s even worse than that, dear readers. “Chelsea boots and everyday footwear will be incorporated into the company’s retail as it evolves into a lifestyle brand,” the Herald said in an inflated account of the company’s plans. business.

It’s hard to believe this isn’t the beginning of the end of western civilization as we have known it. At least in Calgary.

Blue Devils games will be played in high guard