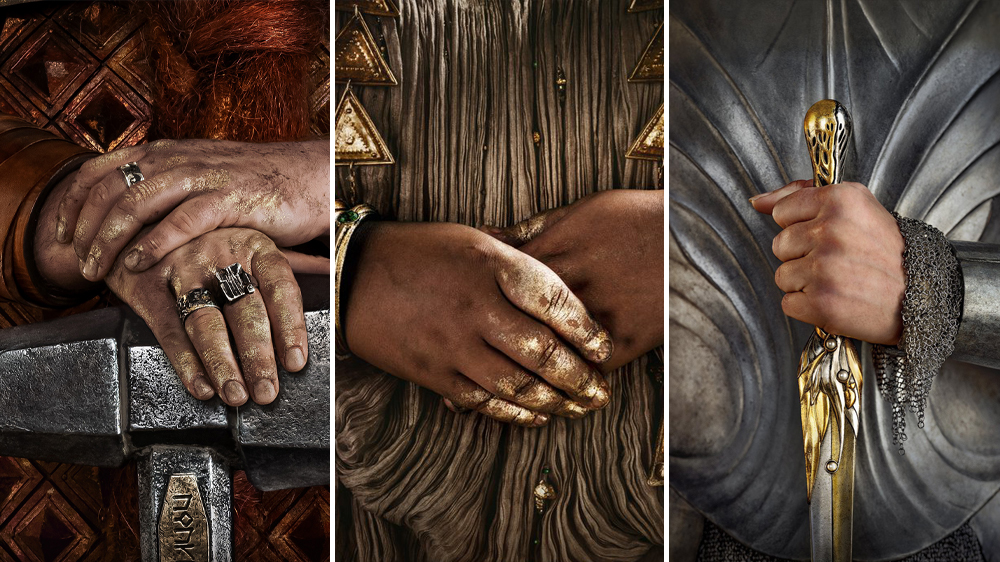 You can tell a lot about a person based on their hands, or so Amazon’s “Lord of the Rings” series hopes. The highly anticipated fantasy series, officially titled “The Lord of the Rings: The Rings of Power,” released a set of 23 posters on Thursday, giving fans a look at the cast of Middle-earth characters, but sadly only their hands.

But what secrets do these 23 pairs of hands hold? Well, almost every character is holding something, whether it’s a weapon, apple, flower, acorns, rope, or scroll. Some of them aren’t even holding anything, choosing instead to clasp their hands in a stoic pose or wrap their arms neatly around their waists.

The character posters also give a good look at each person’s clothing, and each outfit looks like it’s pulled from the pages of JRR Tolkien. There are ornate robes, intimidating pieces of armor, crumpled shirts – not to mention the dazzling jewelry some characters sport.

Fans can return to Middle-earth on September 2, when the series launches on Amazon Prime Video. See the posters below.