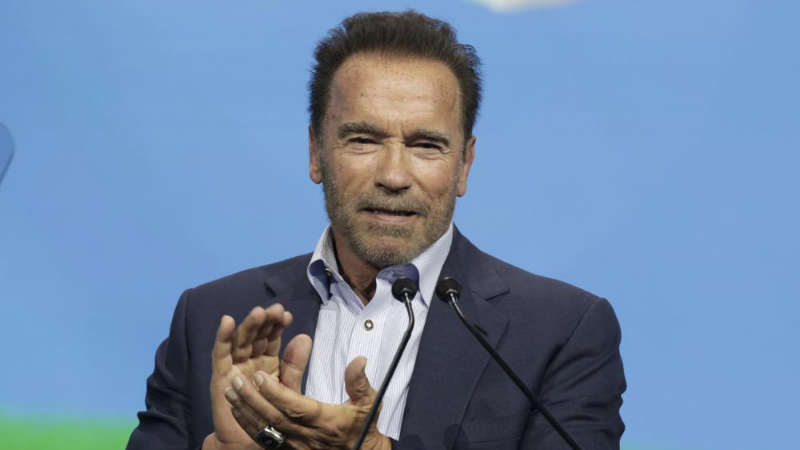 Film icon Arnold Schwarzenegger told Russians in a video posted on social media on Thursday that they were being lied to about the war in Ukraine and accused President Vladimir Putin of sacrificing the lives of Russian soldiers for his own ambitions.

Schwarzenegger is extremely popular in Russia, and apparently also with Putin. The Russian president’s Twitter account only tracks 22 accounts, including the actor’s.

In the nine-minute video, Schwarzenegger said Russian soldiers were told they would be fighting Nazis in Ukraine, or to protect ethnic Russians in Ukraine or taking part in military exercises, and would be greeted as heroes. He said many soldiers now know that these claims are false.

“This is an illegal war,” Schwarzenegger said, looking straight into the camera as he sat at a desk in an office. “Your lives, your limbs, your future are sacrificed for a senseless war condemned by the whole world.”

Schwarzenegger posted his moving video on Twitter, YouTube and Instagram. While some of these services are blocked in Russia, he also posted it on the Telegram messaging app – which is not – where he got over half a million views. It was subtitled in Russian.

The former governor of California recalled painful memories of how his own father was lied to while fighting with Adolf Hitler’s forces in World War II, and how he returned to Austria a broken man, physically and emotionally after being injured in Leningrad.

He asked the Russians to inform their fellow citizens of “the human catastrophe that is happening in Ukraine”. The video showed bombed buildings in Ukraine and people coming under Russian shelling.

Schwarzenegger described his long ties to Russia, having traveled there as a bodybuilder and movie action hero. In 2010, as governor of California, he led a delegation of Silicon Valley business leaders and venture capitalists on a trip to Moscow.

He called all the Russians who took to the streets to protest the invasion of Ukraine, and who were arrested and roughed up, “my new heroes”.

An adviser to the Ukrainian Interior Ministry who works to disseminate information about the unfolding of the war urged Ukrainians to share the video with friends and relatives in Russia.

“Putin and his propagandists call us fascist and Nazi Ukrainians,” the adviser, Anton Gerashchenko, said on Telegram. “But their propaganda is shattered when super famous people around the world speak with one voice: ‘No to war!'”

Gerashchenko has more than 385,000 subscribers to his channel on Telegram. He included a link to a version of Schwarzenegger’s video with a Russian voiceover that he posted on his YouTube channel.