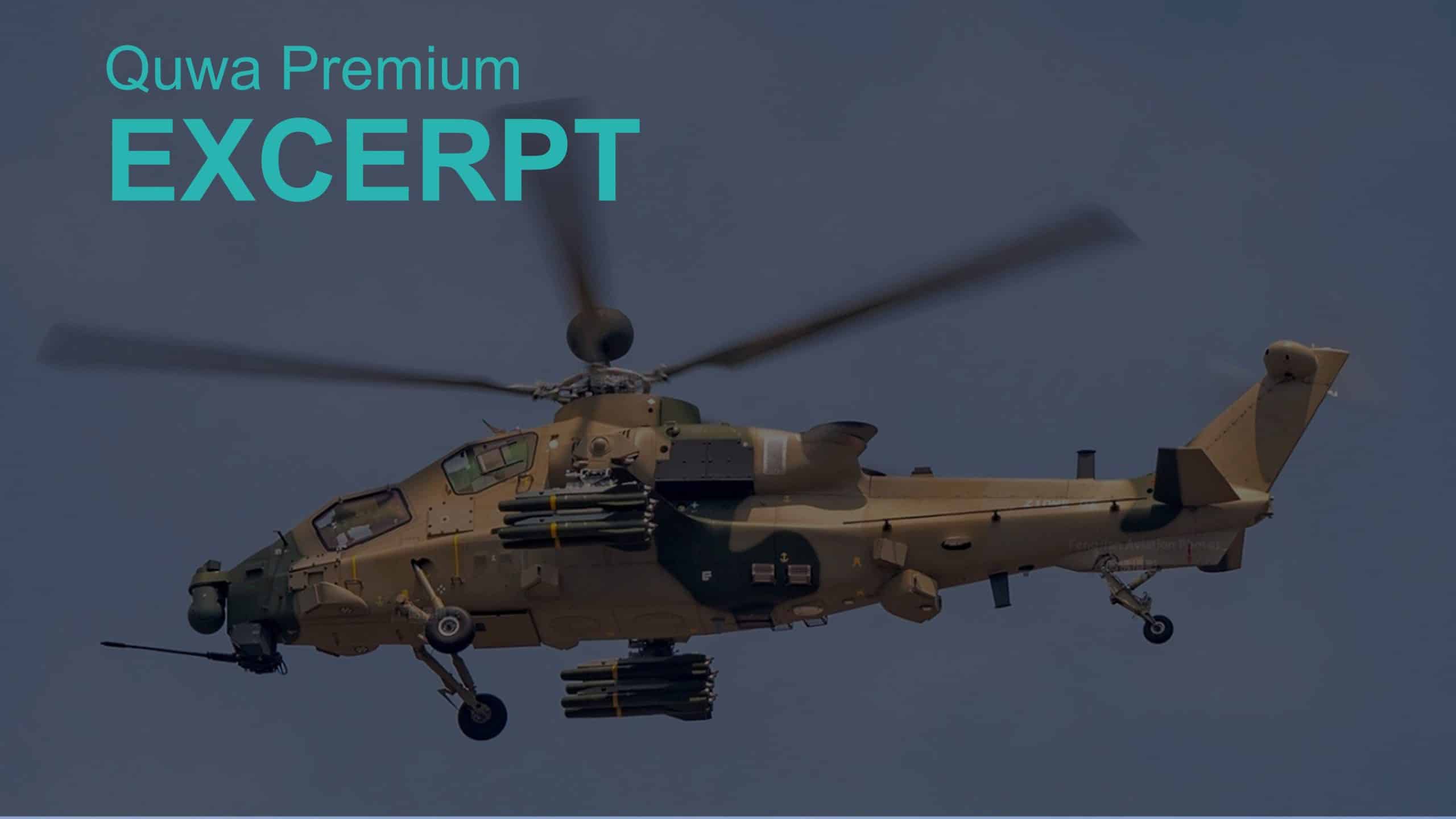 New photos have emerged via Weibo of the Z-10ME attack helicopter, an upgraded variant of the Changhe Aircraft Industries Corporation (CAIC) Z-10.

Revealed in 2018, the Z-10ME brought several changes over the Z-10, including additional armor, new sand filters for the engines, infrared suppression, and crash-resistant seats for the pilots. Apparently, CAIC implemented these changes in response to the demands of the Pakistani military.

The latest photos of the Z-10ME now show it with added features and new subsystems, including an upper rotor-mounted sensor; armor near the canopy and under the fuselage; a revised engine exhaust; possibly a new defensive aid suite that may include an Electronic Counter Measures (ECM) system capable of jamming radars.

Pakistan had tested the original Z-10E between 2015 and 2016. However, it instead opted for the Bell AH-1Z and Turkish Aerospace Industries (TAI) T129 for its future attack helicopter needs.

Since 2017, Pakistani-US defense relations have experienced a chill that has led Washington to suspend Foreign Military Funding (FMF) and Coalition Support Funds (CSF) to Islamabad.

Pakistan wanted to use the FMF and CSF vehicles to fund the AH-1Z program. But with the CSF/FMF no longer available, the AH-1Z deal fell through. Additionally, the T129 deal also fell through due to the US refusal to release export permits for the CTS800 turboshaft engine, which powers this helicopter.

Since 2012, the PAA had been looking for successors for its aging Bell AH-1F/S Cobra attack helicopters. Although the AH-1F/S is a legacy design, it also saw extensive use during the 2000s and 2010s in Pakistan’s counter-insurgency (COIN) operations. Additionally, the PAA said the AH-F/S are also limited in a number of areas, such as their inability to operate effectively in high altitude operational environments.[1]

As part of the original modernization plan, the PAA had settled on two different platforms.

First, he acquired the AH-1Z Viper as a “heavy” attack helicopter. Second, he followed up with an offer for a “lightweight” secondary platform, i.e. the T129 ATAK. In total, the PAA had 12 AH-1Zs and 30 T129s on order. However, these may be initial installments of a larger program.

While the AAP was looking for two different platforms, they established baseline requirements for both. Basically, the AAP wanted both types of helicopters to be able to operate hot and at high levels. In other words, the AAP intended to deploy the AH-1Z and T129 in all of its major operational requirements.

The ability differences between the two had more to do with their respective roles.

For example, a Bell Textron representative told Quwa that the PAA strongly favors the AH-1Z for its sand filtration system, which is “best in class.” In other words, the AAP was interested in using the AH-1Z for anti-armour operations, especially in its desert environments.

On the other hand, the T129 has been tested for its high altitude, high temperature and endurance capabilities. However, the design was fully capable of full-fledged anti-armour operations. Like the AH-1Z, the T129 could also deploy anti-tank guided missiles (ATGMs).

How would the Z-10ME fit into Pakistan’s planning

There are two interesting details about the Z-10ME.

First, the Z-10ME a few months after Pakistan had already signed the T129. So in all likelihood, CAIC did not work on the Z-10ME as an alternative to the T129. Second, the CAIC optimizations obviously point to a greater focus on the desert environment and combat in contested/high risk areas (e.g. new defensive aid suite, additional armor and potentially ECM)…

You can read the full article by logging in (click here) or subscribing to Quwa Premium (click here).

For more information on the Pakistani defense, see:

Mohammed Diab hints at the return of the show