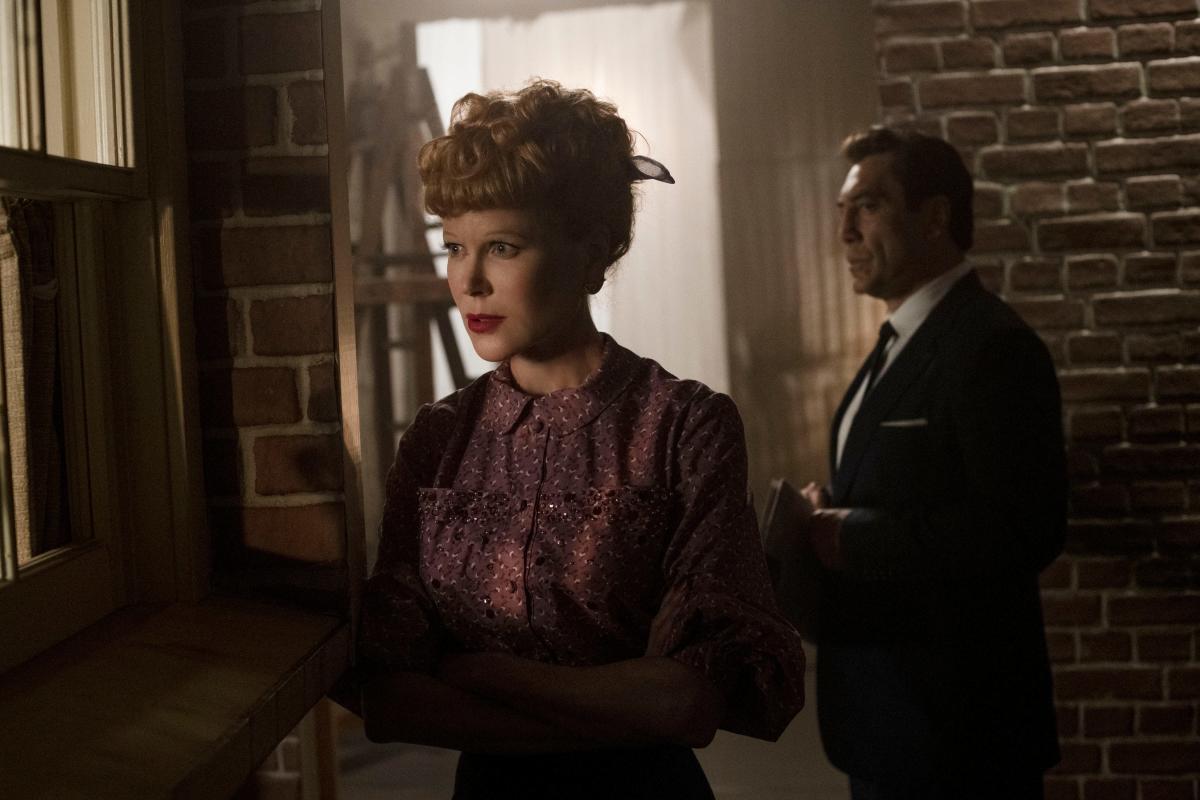 Everyone liked Lucille ball. And maybe not everyone, but people who like to immerse themselves in Hollywood the old fashioned way, will love Nicole kidman play the pioneer television icon.

Written and Directed by Aaron Sorkin, “Being the Ricardos” (★★★ of four; rated R; in theaters Friday, streaming on Amazon Prime December 21) takes place during a hellish week of production of the 1950s hit sitcom “I Love Lucy” as as her super-popular married stars Lucille (Kidman) and Desi Arnaz (Javier bardem), navigate an uninterrupted barrage of personal and professional crises. The film also fleshes out their passionate and tumultuous relationship, and while it lacks a strong overall narrative focus, “Ricardos” makes the most of a strong supporting cast and Sorkin’s excellent, joke-filled script.

“I am out of my comfort zone”: Nicole Kidman reveals challenges while playing Lucille Ball

Before they even show up to the Monday morning table, read a new episode starring fickle redhead Lucy and her husband, Cuban conductor, Ricky Ricardo, things are going wrong for the powerful couple: Columnist of gossip publicly implies that Lucille is a communist (at a time when just the mere whiff of that label threatened entire careers), and rumors of Desi’s flight before hit the headlines of a major tabloid. Once they settle in, they are surrounded by more drama.

Constantly stressed out executive producer and chief writer Jess Oppenheimer (Tony Hale) runs into Desi, a smart businessman who pretty much runs the place. Lucille wants to hit this week’s director (Christopher Denham). And writers Madelyn (Alia Shawkat) and Bob (Jake Lacy) clash constantly, though that’s nothing compared to the vicious vitriol between actors Vivian Vance (Nina Arianda) and William Frawley (Jk simmons), who play the owners and friends of Ricardos Ethel and Fred Mertz in the sitcom.

Holiday Movies: 16 movies that don’t revolve around a white man and woman falling in love

“Ricardos” excels in reveling in the daily behind-the-scenes television chaos that Sorkin has also exploited with his “Sports Night” and “Studio 60 on the Sunset Strip” series. Everyone has a different role to play as the heckling builds up, and the filmmaker throws in tons of wit and cranks up the tension until a satisfying and moving finale takes place on the night of the show.

Interspersed are flashbacks to key moments for Lucille and Desi, from their meeting on the 1940 musical “Too Many Girls” to how she fought for her musical husband to be her TV spouse. While interesting, especially if you don’t know much about their history, these sequences lean too biopic-y and undermine the forward momentum of the main plot. The Fantastic Rises that Sorkin uses well are black-and-white forays into Lucille’s mind as she develops various “I Love Lucy” problems and ideas, including Ball’s infamous grape-stomp piece.

Kidman is terrific, whether it’s playing the sitcom out loud and ditzy Lucy or the real Lucille, who is sexy, headstrong, and a little harsh when it comes to perfecting aspects of her show. Bardem has been the subject of some performance criticism – as a Spanish actor playing a well-known Cuban cultural figure – and while he doesn’t nail down the lighter aspects of Desi’s on-screen presence, he does manages to inhabit Desi as a serious player in the industry. Bardem and Kidman also have nice chemistry throughout, from scenes of relationship turmoil to those of a more playful variety.

Arianda is a star playing Vivian, a Broadway star who harbors resentment about her awkward role opposite Lucille as well as playing Frawley’s much younger wife. Simmons, the national scene-thief treasure that he is, gets a bunch of Sorkin’s best lines as a grumpy ex-Vaudevillian and drinker fiercely loyal to his co-stars.

While “Being the Ricardos” is fine when it tries to be a history lesson, Sorkin’s latest is much better as a rowdy, fictional look behind the curtain of a seminal classic.

This article originally appeared on USA TODAY: “Being the Ricardos” review: Nicole Kidman is awesome as Lucille Ball