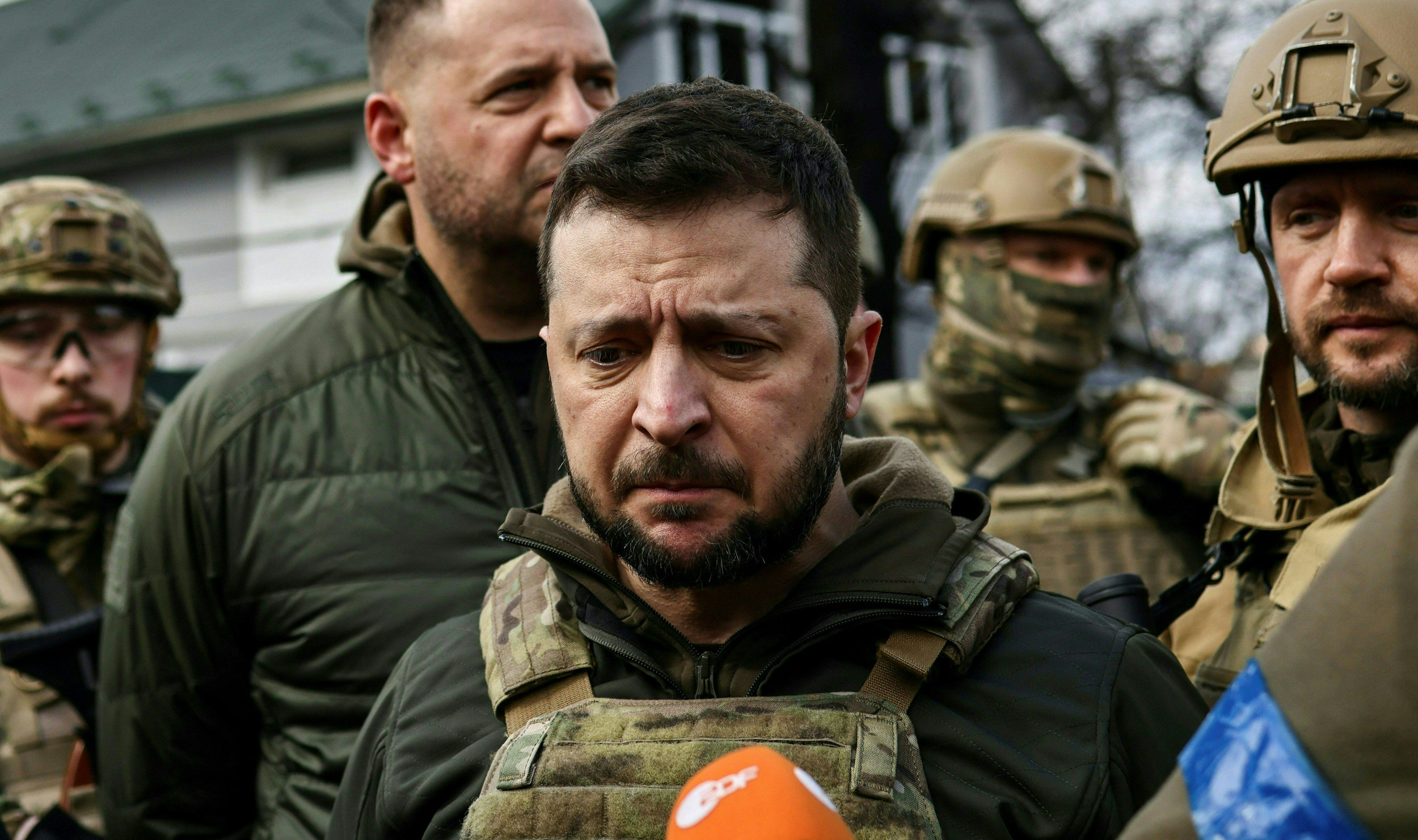 According to Gorchinskaya, the images were taken 41 days apart. The first photo was taken at a meeting in kyiv on February 23, the day before Russia launched its full-scale invasion of Ukraine. The second was taken in Bucha on April 4, 40 days after the start of the Russian-Ukrainian war.

The photos have amassed over 430,000 likes and over 78,000 retweets while underscoring the “heartbreaking” toll the war has taken on Zelensky’s appearance.

In the first image, Zelensky sports a pinched smile as he awaits the arrival of Andrzej Duda and Gitanas Nausėda, the presidents of Poland and Lithuania, respectively.

According to the official government website for the President of Ukraine, the three men discussed “cooperation between the three countries in international organizations”, including Ukraine’s status in the EU.

A gallery of images taken that day show Zelensky looking happy and hopeful, a pretty stark contrast to how Zelensky appears in the second image shared by Gorchinskaya.

Taken a day after reports that Russian forces had massacred Ukrainian civilians in the town of Bucha, Zelensky – who is seen wearing a bulletproof vest – looks weathered as he speaks to members of the press.

“These are war crimes and will be recognized by the world as genocide,” Zelensky said during his Bucha appearance. “It’s very difficult to talk when you see what they’ve done here.”

Although the images were taken just 41 days apart, Twitter users felt that Zelensky looked markedly different in the two photos. Of course, stress is known to affect people’s appearance.

Speaking to the American Institute of Stress, Dr Janice Lima-Maribona said stress can cause acne and “exacerbate conditions such as eczema, psoriasis, rosacea and atopic dermatitis”. Dr. Julie Russak added that stress can also lead to dull skin, as well as fine lines and wrinkles.

Other physical manifestations of stress include hair loss and joint pain, the institute said.

Commenters were moved by the now-viral photos of Zelensky and tweeted their support for Ukraine.

“He carries all of Ukraine on his shoulders. He is with all of you, as we are with you too,” Betty Boo said.

“It’s about everyone. He may look a little worse than when he started, but his determination and resolve for the world he united is stronger than any atrocities Russia can commit,” Brian Roland wrote. .

“It is the face of a man who feels the pain of the Ukrainian people, who mourns the loss of his life. He is a true leader and a hero for all of us,” commented Marco.

Stacey C added: “The grief on her face is palpable. My heart breaks for every Ukrainian.”

For more information on the war in Ukraine, follow Newsweek’s live blog.

The best horror games for Xbox One