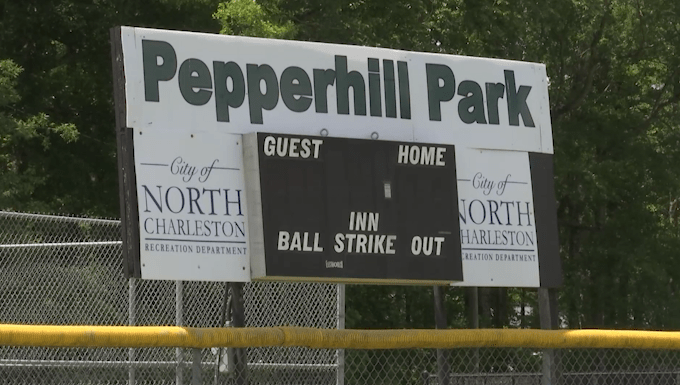 Play resumes at N. Charleston Park a week after games interrupted by gunfire

NORTH CHARLESTON, SC (WCBD) – Youth teams have returned to play at Pepperhill Park a week after shots were fired in the parking lot during a baseball game.

Parents and players who were at Pepperhill Park on Wednesday night were not there when shots rang out. Some say they feel comfortable playing at the park now that city leaders are taking extra steps to make the area safer.

“It’s nice to have fun again. I’m doing what I love to do with the kids,” says Terrance Rivers, Recreation Specialist for the City of North Charleston.

Rivers was working on the game when the shooting happened and he says it was tough getting back to Pepperhill Park, but he feels safe.

“It was weird coming back here. I had to pull myself together, take a deep breath and let these kids know that everyone will be fine, that’s all,” Rivers says.

Parents like Anna say she feels safe with her daughter playing in the park.

“I think it was just an altercation that happened in the parking lot. It happened, and it hasn’t happened since,” says Anna.

“We’re trying to make as many changes as possible so they can feel like this is a place they can come back to,” says TJ Rostin, recreation director for the City of North Charleston.

North Charleston Police Chief Reggie Burgess says it’s important to him and his department to interact with children playing at Pepperhill Park and mentor them moving forward.

“I know people feel a little nervous about coming out, but as a police service we have your back and want people to come out. We will make sure to serve and protect you as we were made to do,” says Chef Burgess.

Memorial concert for the punk and fashion icon from Seaford