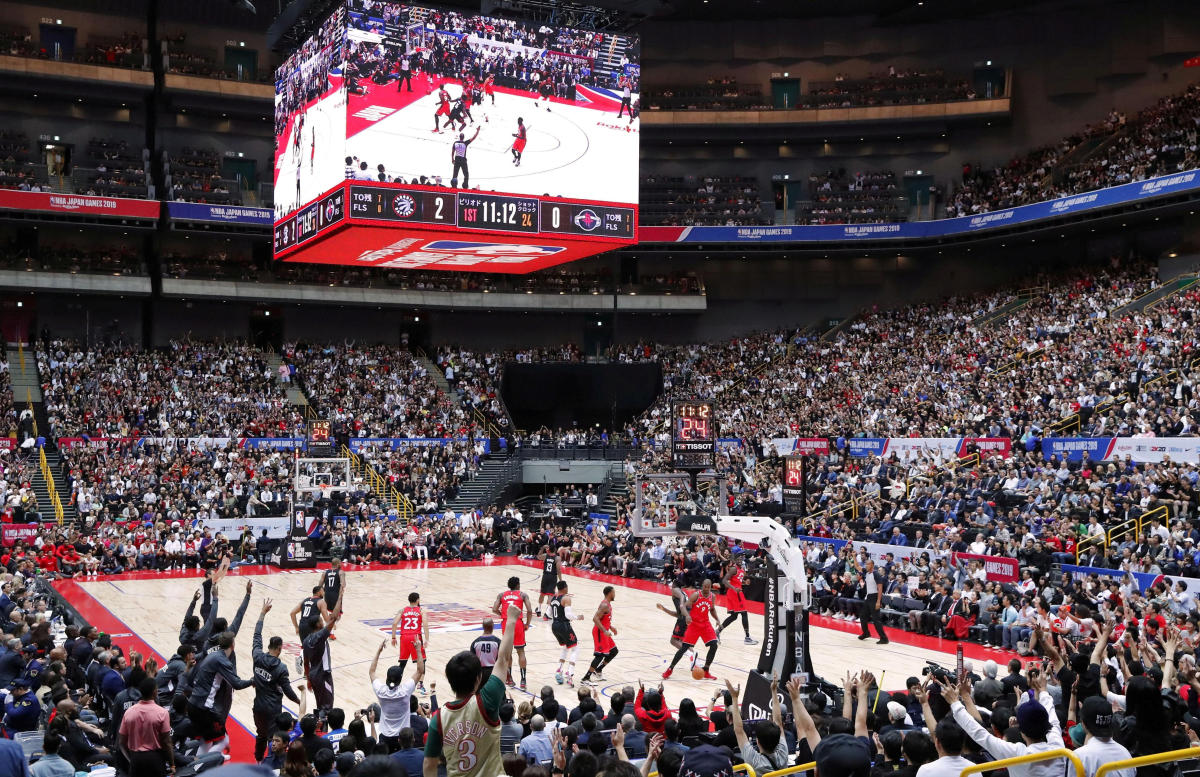 The Golden State Warriors and Washington Wizards will play preseason games in Japan later this year, the NBA and Rakuten announced Monday.

The matches will take place on September 30 and October 2 at the Saitama Super Arena. The arena hosted the 2020 Tokyo Olympics basketball competitions.

The league has not played overseas since the start of the COVID-19 pandemic. However, the NBA has continued to express interest in returning to overseas markets as early as this year.

“We are excited to once again offer preseason games to our fans in Japan,” NBA commissioner Adam Silver said in a statement. “There is great momentum around NBA basketball in the country and we thank [Rakuten chairman and CEO Mickey Mikitani] and Rakuten for their continued efforts to further develop the sport.

The NBA announced late last year that it would play two preseason games in Abu Dhabi, United Arab Emirates in October 2022. Dates and teams have not been announced. These would be the first NBA games in the country.

The league also held matches in China, Europe and Mexico. NBA Africa, which includes the Basketball Africa League, has held summer exhibitions on the continent. However, the league has no immediate plans to play preseason or regular season games there.

These are the 15th and 16th NBA games hosted in Japan. There have been 12 regular season games in the country, including the first ever regular season game played outside of North America by a major United States sports league. The Phoenix Suns and Utah Jazz played in this game on November 2, 1990 in Tokyo.

The Warriors and Wizards have never played in the country.

Rui Hachimura, a 2019 NBA Draft selection who currently plays for the Wizards, was the first Japanese player to be drafted in the first round. He’s averaging 9.8 points and 3.2 rebounds per game over 26 games this season.

The Warriors have partnered with Rakuten since 2017.

“During our more than four-year partnership with Rakuten, we’ve had the pleasure of building many impactful relationships across Japan, and some of our players, including Stephen Curry, have thoroughly enjoyed their recent visits to Tokyo and the interactions they have shared with basketball fans who love the game,” Warriors CEO and Co-Executive Chairman Joe Lacob said in a statement. “This unique bond with our partners and our fans will continue to grow stronger during the Japan Games, and we couldn’t be more excited and honored to experience the amazing Japanese culture as a group. This game truly unites us all across the world.

The games will be broadcast via the NBA Rakuten service. Tickets are not yet available.

Patriarch of Moscow: Gifted Icon of the Theotokos to the army to win the war against Ukraine